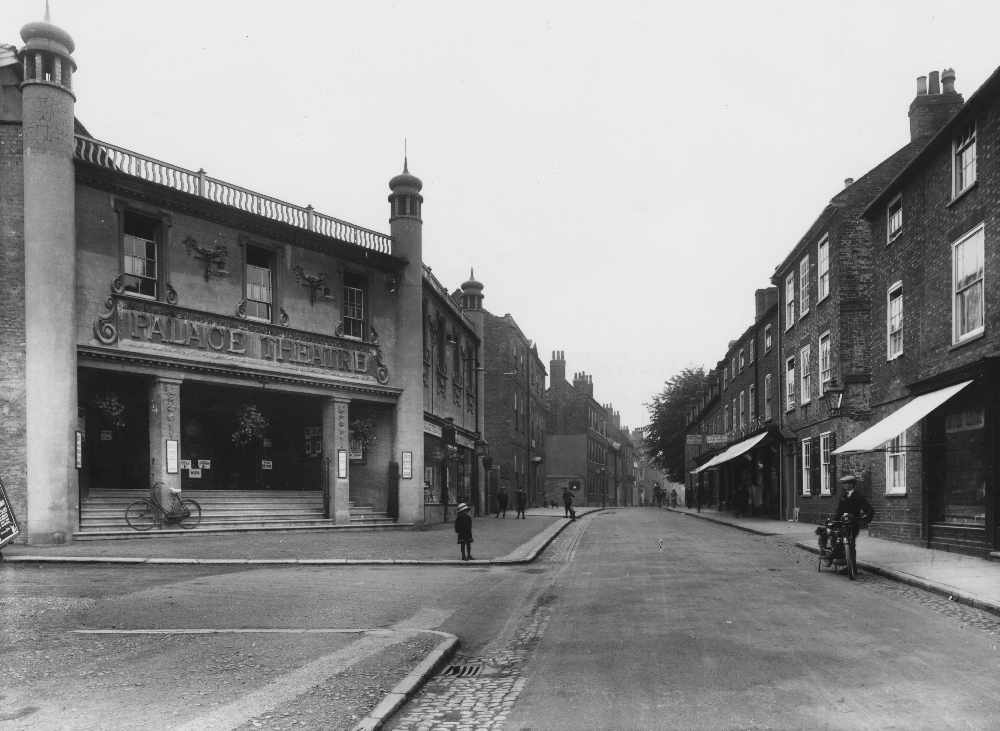 Residents are being asked to send in their memories of the Palace Theatre Newark, pictured here in 1923.

The Palace Theatre Newark turns 100 this week and while it’s not the celebration expected, the team is not going to let the centenary pass without celebration.

A previously planned gala weekend with performances from local stars and performance groups has been postponed until next year, and the theatre is taking the party online this weekend.

Between Friday 3rd July and Sunday 5th July, Palace Theatre Newark will be sharing celebratory content on their Facebook page including messages and performances from stars who regularly appear on their stage.

The celebrations will culminate in a video to be released at 7pm on Sunday evening, bringing together all of the weekend’s messages in a mini online show.

Councillor David Lloyd, Leader of Newark and Sherwood District Council, said: “Obviously it’s not how the Palace Theatre envisioned its Centenary year would play out.

Theatres up and down the country are facing an uncertain time at the moment, but it is crucial that we remember the arts and the important history of the Palace Theatre Newark and celebrate its 100th birthday in a safe way."

He continued, "What the Palace team has come up with is a lovely heartfelt celebration of how important the Palace has been to Newark over the past 100 years.  I hope lots of our residents will be able to tune in and enjoy the weekend’s events online.  The theatre team, and I, would like to thank all their visitors and are looking forward to when we are able to safely open our theatre doors again.”

The Palace opened its doors on Monday 5th July 1920 as a picture house built by local entrepreneur Emily Blagg, who, in a time when the suffragettes were fighting for female independence, had managed to carve out a successful career in property development.

Having opened Newark’s first cinema, the Kinema on Baldertongate, in 1913 as well as building The Park and Lime Grove, she made the decision to expand on her small empire and knocked down the Chauntry House to create her vision of the perfect art deco theatre.

Its Neo-Byzantine style was exotic, upmarket and fashionable and from its first screening, a version of King Solomon’s Mines, it quickly became a popular haunt for the residents of Newark.

Blagg was a shrewd businesswoman and, although she opened the Palace as a cinema, she made sure to fit it out with a sizeable stage and orchestra pit to allow for the possibility that the town’s appetite for film might wane. Soon a strong programme of live events was in place.

Since then a slew of famous names have tread the boards at the Palace. Sir Donald Wolfit began his stage career there in 1921 and returned with Miss Marple herself, Margaret Rutherford, and John Clements a decade later. In 1927 prima ballerina Anna Pavlova graced the stage and in 1950 Cliff Richard had Newark rocking away within its walls.

The theatre has given more than entertainment to the town over the years; its spectacular minarets proved the ideal lookout post for spotting fires during the Second World War and the stage is currently functioning as an emergency food store for vulnerable residents.

The Palace has gone through many changes in its 100 years but has survived threats of closure thanks to the people of Newark, who’ve rallied on several occasions to save it.

While the cinema is no more, the theatre continues the tradition of hosting fantastic entertainment and bringing famous names to the town, including Jason Manford, Jimmy Carr, Joan Armatrading and Jason Donovan.

As well as this weekend’s celebration, taking place at facebook.com/palacenewark, there are other ways to get involved with the theatre’s 100th birthday at home. The ongoing Patchwork Palace project invites past visitors to stitch and sew patches memorialising their favourite experiences of the Palace.

These will then be assembled by the neighbouring National Civil War Centre’s Learning Team to create a community quilt celebrating the Theatre’s history. For more information visit www.palacenewark.com or email civilwarlearninguk@gmail.com.