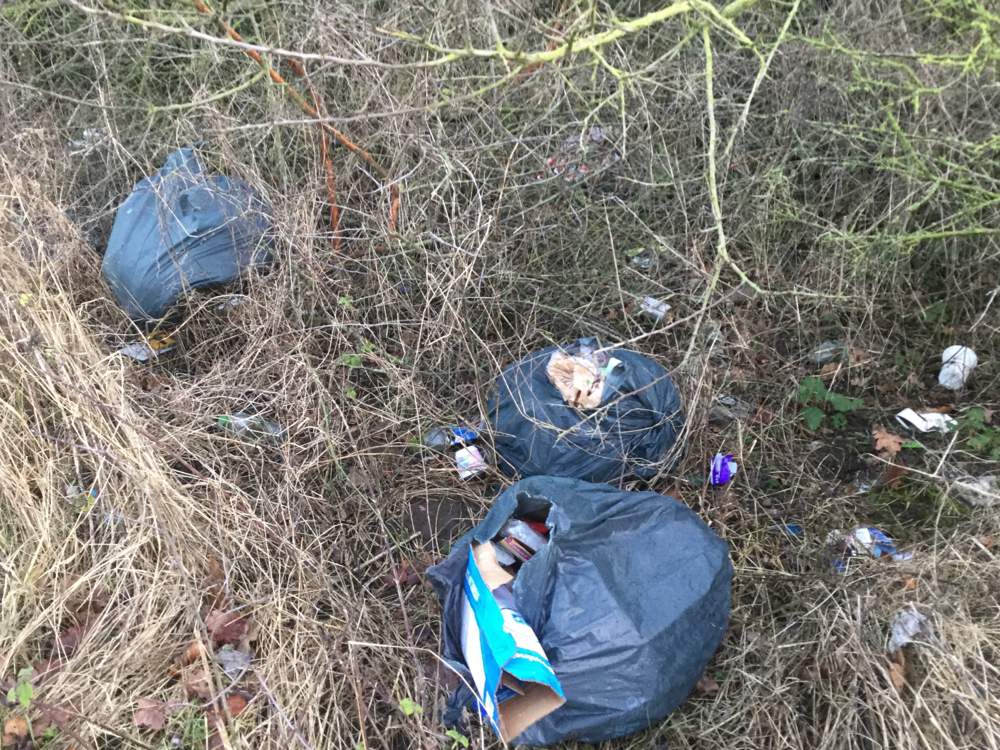 For the current 2019-20 period, 1036 fly-tips had been removed between April 2019 and January 2020 with a combined weight of 236.47 tonnes indicating a decrease since the launch of Not in Newark and Sherwood.

A Newark man has been fined £400 for dumping his excess Christmas waste as part of a crackdown by Newark and Sherwood District Council.

The culprit admitted to dumping the rubbish, comprising food waste, nappies and letters containing personal details when interviewed by the district council’s enforcement officers and was subsequently issued with a fixed penalty notice.

Documents containing addresses traced the rubbish back to the original owner and he was fined £400, reduced to £200 if paid within 10 days.

NSDC reported that the post-festive period often leads to an increase in illegal dumping, as householders clear their homes of packaging, leftovers, decorations and even Christmas trees and the council campaign was launched to combat the problem with, on average, four such incidents reported each day.

In Averham, the council’s waste management hit squad was called out to clear more than a tonne of Christmas trees which had been dumped in a layby.

The trees will be recycled and turned into chips used for path surfacing or as a mulch on shrub beds to keep weeds at bay.

District council leader David Lloyd, said: "The festive period is inevitably a time of year when homes accumulate increased amounts of waste. However, this is absolutely not an excuse for making the countryside a dumping ground.

“We have recently seen a number of successful prosecutions for fly-tipping offences and we will always seek the toughest punishments possible where the evidence supports a prosecution. Not only is fly-tipping harmful to the community and the environment, it results in a considerable cost to the public purse to clear up.”

In November 2019, the council took legal action on two individuals. A builder in Newark, who used Facebook to search for a waste removal service, was fined for failing to use a licensed waste carrier, after his building materials were dumped at a beauty spot.

The fly-tipper himself was ordered to pay more than £3,000 after fly-tipping  polystyrene, cardboard, building materials and household rubbish on the outskirts of Sherwood Pines.

For the current 2019-20 period, 1036 fly-tips had been removed between April 2019 and January 2020 with a combined weight of 236.47 tonnes indicating a decrease since the launch of Not in Newark and Sherwood.

The council advises residents to always check for a valid waste carrier’s licence which can be done easily on the Environment Agency website. If someone offers to remove your waste you must make sure that they have the appropriate licenses to remove it so it will be disposed of responsibly.

If you use anybody else, you run the risk of waste being fly-tipped and it will be your responsibility.