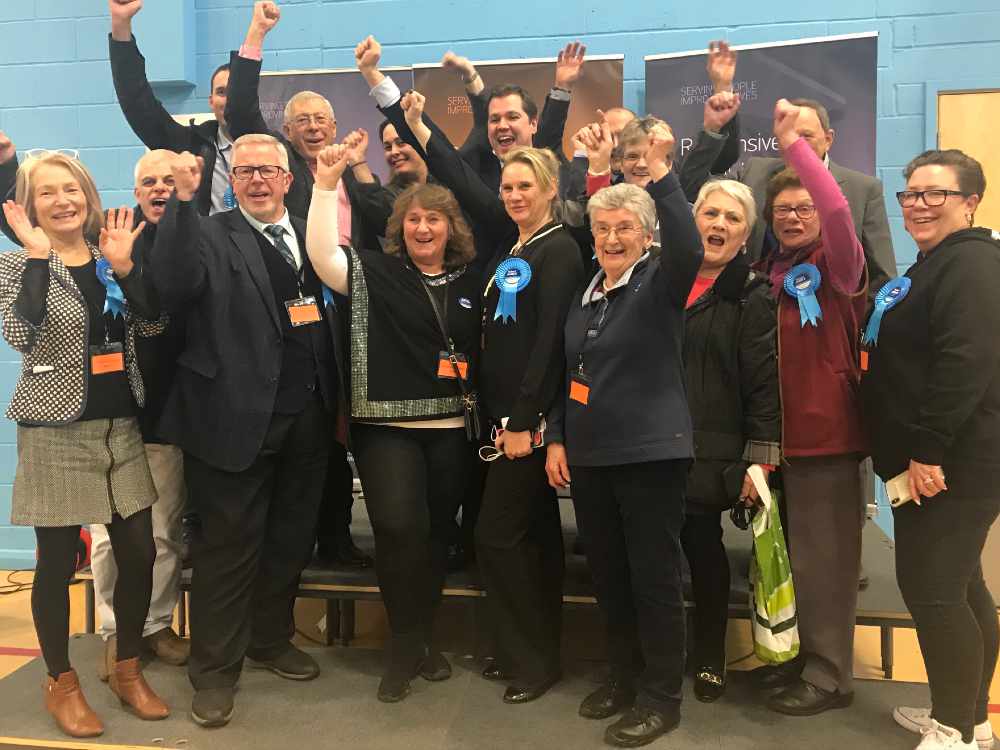 Robert Jenrick and his team celebrating their win at the Newark Sports and Fitness Centre.

Robert Jenrick has kept a tight grip of the seat he won in a 2014 by-election, as the Conservatives continue to secure constituencies all over the country.

Jenrick (Con) swept up with an overwhelming majority of 34,660 votes, with James Baggaley (Lab) following behind with 12,844. David Watts (Lib Dem) followed with 5,308 and Jay Lewis Henderson (Green) finished with 1,950.