District Council Leader issues warning on waste offences: “Don’t do it and we won’t be after you” 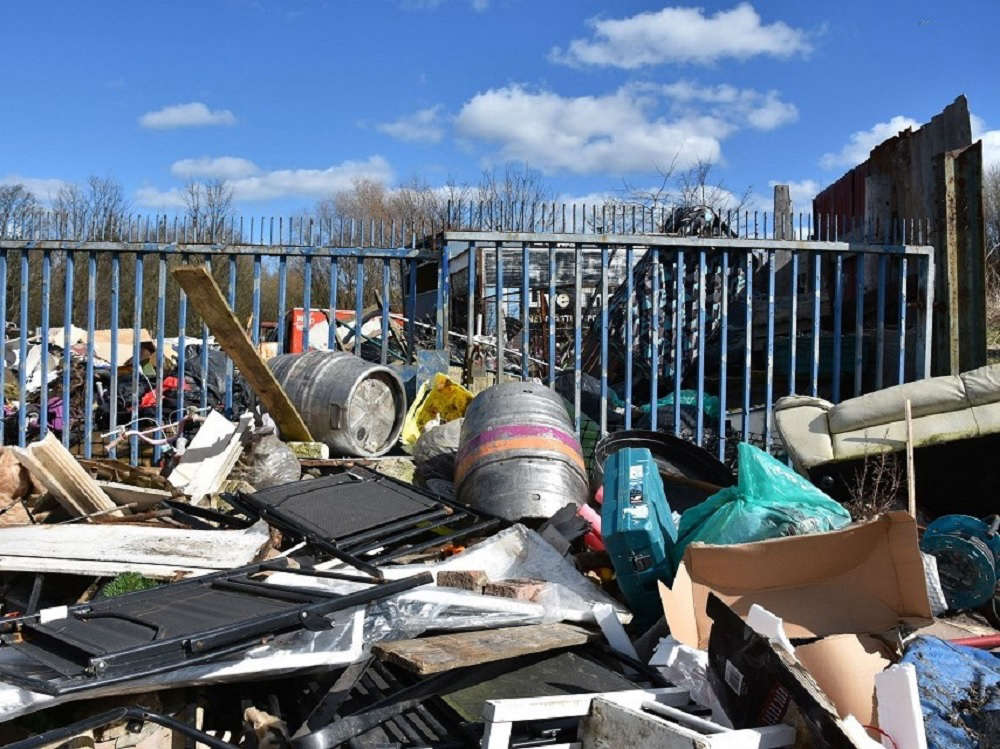 There is no doubt that Newark and Sherwood District Council is committed to tackling environmental crime.  But today, the District Council has unveiled further plans to take its commitment one step further.

The District Council will, next week, be seeking approval on a more robust enforcement scheme to deter offenders who blight our communities with litter, graffiti, fly-tipping and dog mess.  By significantly increasing the number of enforcement officers across our district, the aim is to capture the perpetrators of these environmental crimes, serve them with the fines they rightly deserve and to deter others.

Despite making huge strides over the last few years, by increasing the number of bins in the district, improving street cleansing routines and employing Community Protection Officers to initiate the environmental enforcement programme, the District Council is not just stopping there.

Councillor David Lloyd, Leader of Newark and Sherwood District Council, said: “Whatever we do, and let me tell you now - we’ve done a lot, there will always be some people who continue to drop litter, fly-tip, spray graffiti or fail to pick up after their dogs. Quite frankly this is not acceptable.  We will not stand by and just let it continue.”

In a bid to leave no stone unturned in catching offenders, if approved, an additional 185 hours of manpower each week will be pounding our streets ready to issue fixed penalty notices (FPNs) to those who commit environmental offences in the district.

Councillor Lloyd continued: “Let me be clear on three things. One, this new initiative is at no cost to the District Council or the taxpayer.  On that point, I want to be really clear.

“Two, there is just no excuse for anyone who doesn’t dispose of their waste responsibly, fails to pick up their dog’s mess or sprays graffiti on our walls. And three, rest assured if you don’t do it in the first place, then we won’t be after you.

“We will be clamping down on offenders once and for all by significantly building on our current enforcement resources in this area.  Tackling environmental crime remains a key priority for us. We live in a beautiful district and we are not shy from prosecuting members of the public or businesses who flout the rules.”

The District Council remains committed to keeping the district cleaner, safer and greener and will recommend partnering with a private sector company to deliver this new initiative next week at the District Council’s Leisure and Environment and Policy and Finance committee meetings.  The additional feet on the ground will support the District Council’s team of community protection officers (CPOs) by patrolling and targeting problem areas seven days a week.

This new initiative will build on the hard work the District Council has already delivered over the last few years to make the district a better place for those who live, work and visit here.  Its fly-tipping campaign, Not in Newark and Sherwood, has already led to a series of prosecutions with fixed penalty notices being issued to perpetrators.  The Council has already increased the number of litter bins and dog bins across the district with locations of these determined by requests, complaints, street-cleansing and foot traffic data.

Councillor Lloyd concluded: “Don’t forget, everyone has an important part to play in stamping out these mindless environmental crimes.  Anyone is able to report offences they witness to us to investigate.  This can be done online or by calling us.  So please help us in making our district cleaner, safer and greener.”

Anyone can report environmental crimes such as fly-tips, littering, dog fouling or graffiti online using the Newark and Sherwood District Council website or by calling the District Council on 01636 650 000.

Residents can find out more about the plans by watching the following video with Councillor Lloyd: https://youtu.be/eAkiL4t-bm4.