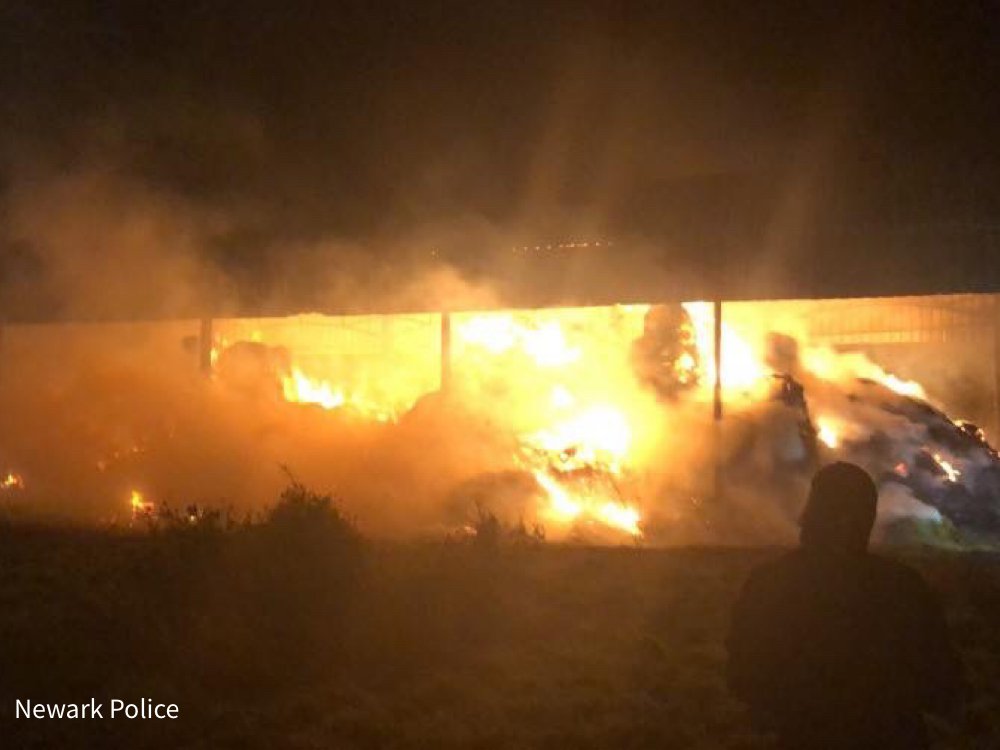 Police have appealed for information and dash-cam footage to identify the cause of the fire.

The fire, which occurred earlier this evening (Thursday 10th October), is now being investigated as an arson attack by Nottinghamshire Police.

According to the appeal hay worth £2,500 was set alight, and police were called to the scene at around 7.20pm to assist Nottinghamshire Fire and Rescue.

The emergency services have confirmed that no injuries have been reported following the blaze, which has also damaged a farm building.

There are no road closures in place as a result of the fire, but crews remain at the scene.

Detective Inspector Claire Gould from Nottinghamshire Police, who is overseeing the initial investigation, said: “Our work with Nottinghamshire Fire and Rescue has established that the fire may have been started deliberately, which is something we take very seriously and will be something that we thoroughly investigate."

She continued to appeal for drivers who may have been passing nearby on the A46 or other roads near to the Cattle Market Roundabout in Newark:

“While our enquiries remain at a very early stage, I would like to take this opportunity to make an early appeal to anyone who has any information about this incident or believes they know or have captured those responsible leaving the area on dashcam footage."

There have been several recent reports of hay and straw stores being deliberately set alight in Nottinghamshire and Lincolnshire recently.

Anyone with information about the incident or those responsible is asked to call Nottinghamshire Police on 101, quoting incident 845 of 10 October.