Fog on the Town 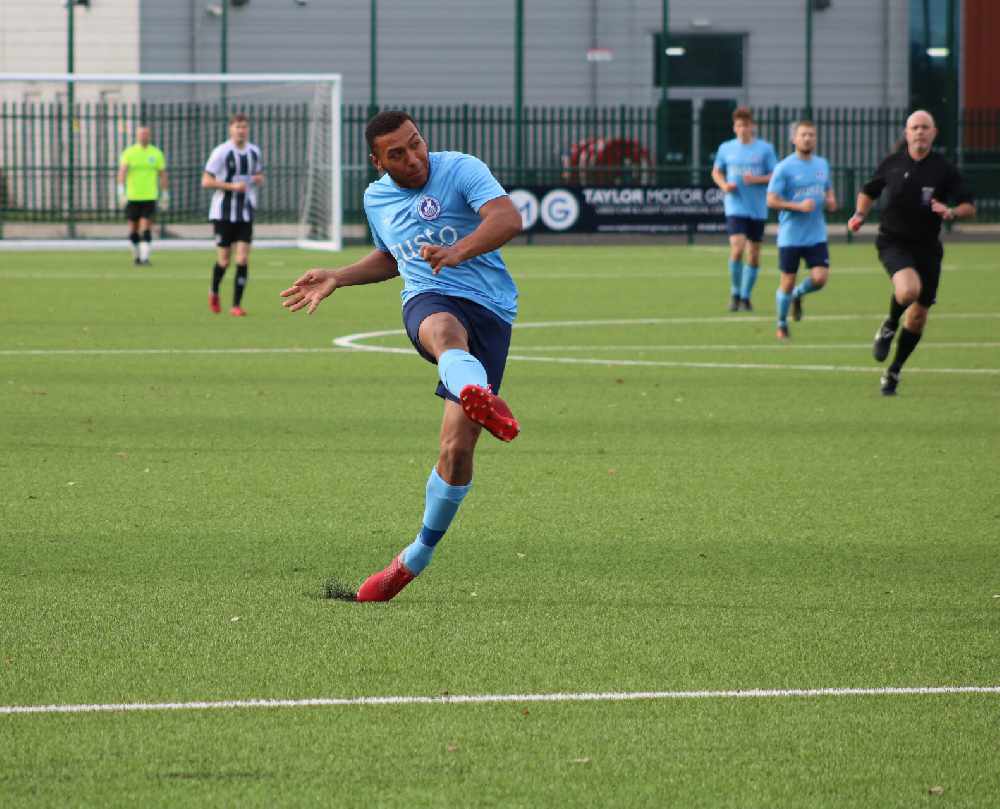 The Blues put on another impressive performance against their South Yorkshire opponents but whether it will count depends on the decision of the league committee as the thickening fog brought a premature end to proceedings.

There were again numerous changes to the Blues lineup from Wednesday’s loss on penalties in the Senior Cup with a debut for Dom Sibilski and a first league appearance of the season for Luke Boddy.

Askern were on a run of four straight defeats and Town were quick to exploit their shortcomings. Just five minutes were on the clock when they took the lead, converting a ball in from Danny Boulton on the left. Two minutes later the league was doubled. George Asplin was brought down on the edge of the penalty area, his subsequent free kick going through the wall, the keeper’s attempt to save letting in Lewis Chambers who netted from close range. Craig Bridge almost added a third on 12 minutes, his shot hitting a defender and going for a corner. Tom Moore was a constant threat, overlapping on the right, with several of his crosses causing panic in the Askern defence. Asplin missed a great chance to add to the score as he picked up a long ball from the back and jinked his way into the area but hit the ball wide with just the keeper to beat. Town had a let off as in a rare attack from the visitors Nathan Burrows brought down Hattersley but the flag had gone up for offside seconds earlier. With Newark using the whole width of the pitch it was no surprise when they went three up on 25 minutes, this one a well executed individual goal from Asplin, who made a strong run down the right before cutting in and beating Jones at the near post. Job then showed his paces, beating three players in a strong run before setting up Chambers whose final shot was too close to the keeper. Goal number four came on 36 minutes, another right wing cross from Moore finding Job on the left edge of the area, his first time shot getting the better of Jones. Moore was again the supplier as Town made it five just four minutes later, Asplin receiving the ball and lashing home an unstoppable shot from 25 yards out.

With the conditions worsening as darkness fell, Newark continued to dominate, Asplin going close with a cross shot from the right, before completing his hat trick from the penalty spot in the 57th minute, the reasons for the penalty award being hidden in the fog on the far side of the area. A second spot kick two minutes later, given for a foul on Chambers was converted by the player, but by now the conditions were becoming farcical as it was impossible for the assistants to see across the pitch,  the referee bringing the game to an end on 70 minutes.

It remains to be seen whether the league will allow the result to stand, hopefully with the massive fixture backlog brought about by the recent weather conditions common sense will prevail. Askern were adamant they weren’t keen to replay the game !!