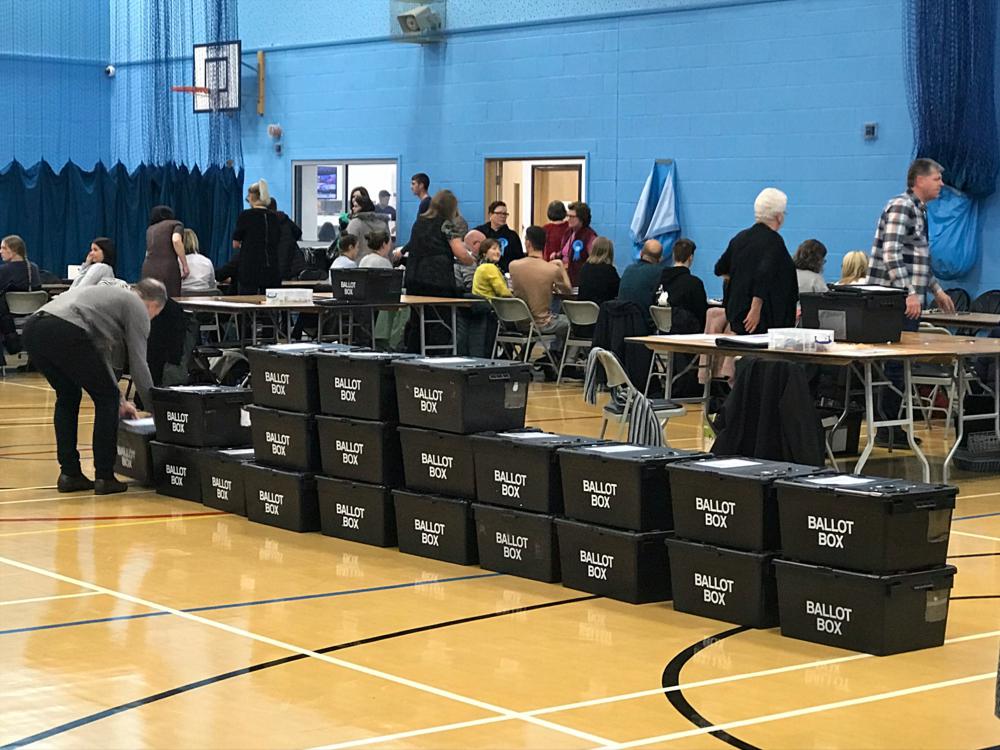 Radio Newark are bringing you all the latest from the Newark Sports and Fitness Centre, for the 2019 Newark Constituency count.

The count has now been cleared away and that concludes our coverage for this evening. Thank you for following.

James Baggaley, Labour and David Watts, Liberal Democrats were not available for comment after the results.

Watch: Green's Jay Henderson celebrates a 'good' result for The Green Party despite losing his deposit for gaining less than 5% of the vote.

Robert Jenrick holds the Conservative seat for the Newark constituency, drawing the election in Newark to a close.

The Conservative party have taken the Gedling seat away from Labour, as Tom Randall (Con) grabs a majority of 679 over Vernon Coaker (Lab). Labour have gained Nottingham East from Change UK.

The Nottinghamshire seat of Rushcliffe has been held by the Conservatives. A perhaps surprise hold as Ruth Edwards continues for the Conservatives following father of the house Ken Clarke stepping down and this seat becoming a Labour target.

All of the candidates are now present at the Newark Sports and Fitness Centre, as the count continues.

Watch: James Baggaley, candidate for Labour, shares with us the main issues he's keen to address in Newark.

Watch: Green Party candidate Jay Henderson says what he thinks should be the top priority for the next Newark MP.

The official count is beginning to get underway here at Newark Sports and Fitness Centre.

Watch: We spoke to Liberal Democrat Candidate, David Watts on what he believes are the main issues to be addressed in Newark.

Verification has finished here at Newark, counting to commence at 00.30 after a short break.

Some polling officers have reported 'queues out of the door' today at Newark polling stations, saying it was one of the biggest turn outs they had ever seen.

Verification is currently taking place. The number of votes are being counted to get an idea of voter turnout.

Ballot boxes are currently arriving at the Newark Sports and Fitness Centre, for the count to get underway.

Updates as they happen.