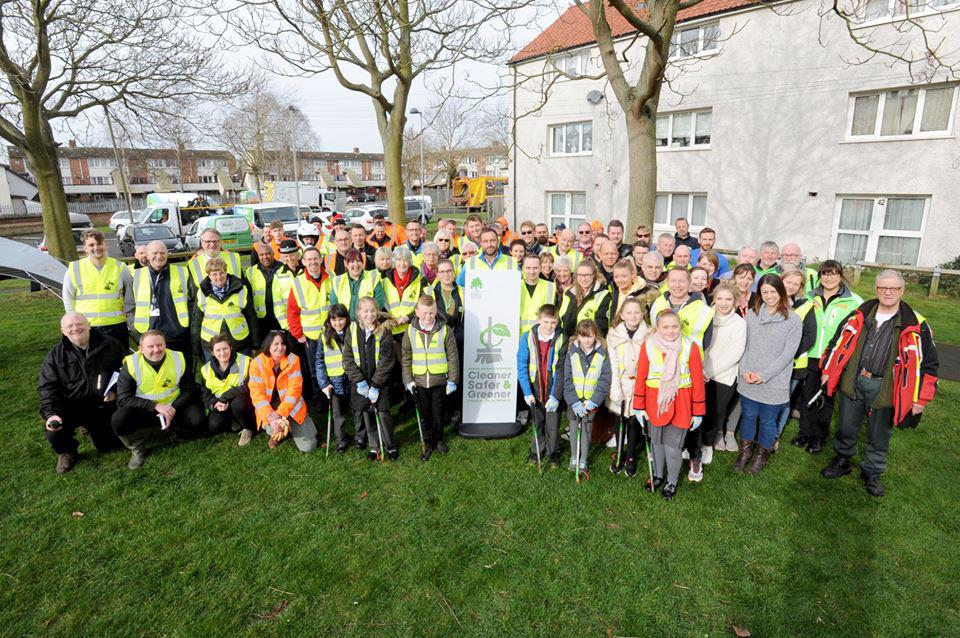 A THIRD Day of Action to help make the community of Hawtonville in Newark Cleaner, Safer and Greener has been described as a ‘fantastic success’ with the weight equivalent of more than five hippopotamuses collected in waste.

Up to a 100-strong team of community volunteers, staff from Newark and Sherwood District Council and its partners spent a day on the estate as part of the clear up, which yielded more than 20 tonnes of rubbish.

They were involved in an extensive programme of works including a community litter pick, street cleaning and action on fly tips. Overgrown hedges were pruned by the council's grounds maintenance team and 150 shrubs and trees were planted by local schoolchildren.

Street surgeries with the ward’s councillors were held throughout the day and the council’s public protection team joined police and community volunteers in running a day-long operation to check on speeding traffic.

Community protection officers were specifically on patrol in the area to deal with issues such as anti-social behaviour, street litter and dog fouling.  Environmental health officers carried out checks on scrap metal dealer licenses and under-age alcohol sales. Bike safety and security advice was offered by Via East Midlands to passing cyclists and local residents and on the following day at the Newark Sports and Fitness Centre.

Thank you cards were handed out to residents with well-maintained gardens and in the evening a cinema presentation was hosted for more than 60 people who watched the Hugh Jackman film The Greatest Showman.

Special magnets with important contact details as part of the Report it campaign were handed out. The campaign is aimed at ensuring local people report crime, anti-social behaviour or other matters of concern.

A number of agencies were based in the community centre for the day to offer advice and support on a range of issues, such as bike safety, domestic abuse and drugs, to residents. The police-council initiative Operation Jericho, to counter the illegal use of off-road bikes, was run from Friday to include the weekend.

Council deputy leader Councillor Keith Girling said: “It was a cracking day. Community engagement was fundamental to the success of the Day of Action. It was great to see young local schoolchildren taking pride in their environment and getting involved in making a difference to the local area.

“This was a tremendous effort from all our volunteers, staff and partners and we are so grateful to everyone who took part. Going forward we need to try to maintain these high standards for all our communities and we all have a responsibility to do that.

Volunteer, the Reverend Nathan Falla, said: “It’s really important for the community to get together in helping to clear up the neighbourhood and demonstrate that we care and it has been absolutely fantastic to see the number of people from the community who have volunteered to take part.”

William Gladstone Church of England Primary Academy Year Three teacher Emma Barnaby led a team of pupils, who are all members of the school’s parliament, in picking up litter and planting hawthorns and blackthorns, said: “The children had been really looking forward to it. They have been already tidying up the area outside the school and are delighted to be joining in the Cleaner, Safer and Greener campaign.”

Year Six pupil Reece Crawford (10) said: “It’s great to be helping to look after the environment and to be planting for the future.”

As part of the work on the day and in support of the Day of Action the council removed:

The council has also: