Humanitarian hero Irena Sendler to have statue unveiled in Newark 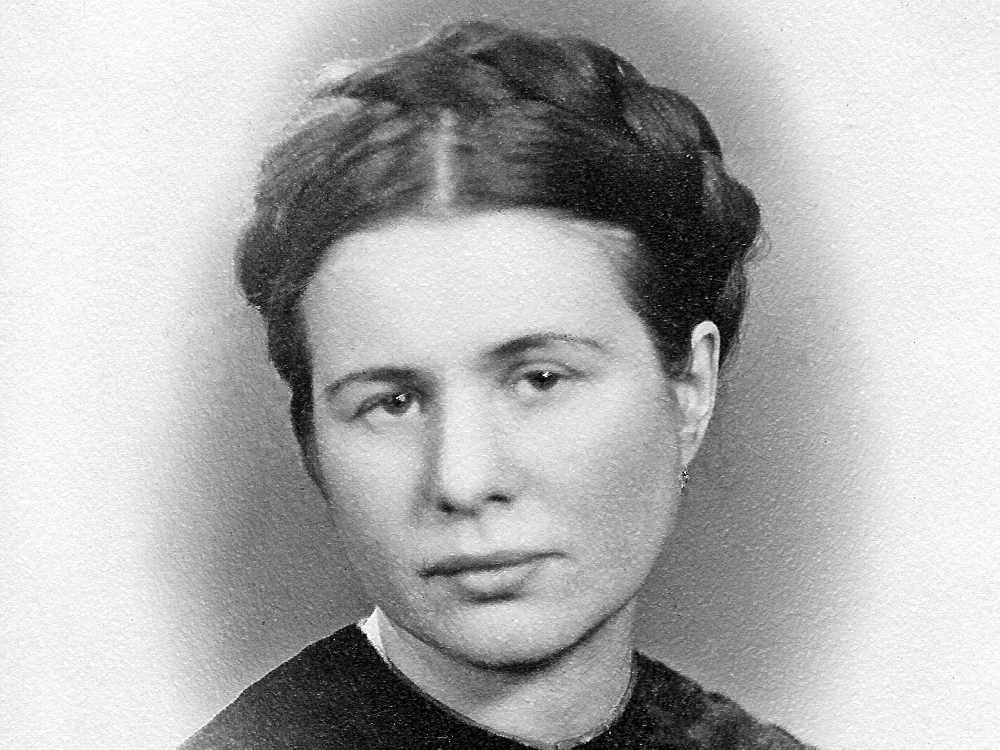 Few people in the UK may know of Polish humanitarian hero Irena Sendler and the sacrifices she made during World War II. But her story is one of monumental importance and one that Newark and Sherwood District Council, Newark Town Council and the Polish Cultural Institute in London want to share to ensure that her story becomes a legacy that will never be forgotten.

On Saturday 26 June 2021 a statue of Irena Sendler will be unveiled at Newark’s Fountain Gardens on London Road, at a small COVID-secure ceremony. The event is invitation only and due to Covid restrictions the general public will not be able to attend.

During World War II Irena Sendler worked at the Department for Social Welfare and Public Health of the City of Warsaw, German-occupied Poland. During her time there she worked tirelessly to help protect and rescue many Jewish children and their families.  She was part of a network of workers and volunteers from that department, mostly women, who smuggled Jewish children out of the Warsaw Ghetto.  She would provide them with false identity documents and shelter them with willing Polish families or in orphanages and other care facilities, including Catholic nun convents, saving those children from the Holocaust.

The German occupiers suspected Irena's involvement in this Polish Underground movement and in October 1943 she was arrested by the Gestapo. However, she managed to hide the list of the names and locations of all the rescued Jewish children, thus preventing this information from falling into the hands of the Gestapo.

Withstanding torture and imprisonment, Irena never revealed anything about her work or the location of all the rescued children nor where she had hidden a list with their contact addresses on. She was sentenced to death but narrowly escaped on the day of her scheduled execution as the guards escorting her were bribed.

The following day the Germans loudly proclaimed her execution was successful. Posters were put up all over the city with the news that she was shot. Irena read the posters herself.

During the remaining years of the war, Irena lived hidden, just like the children she rescued. Irena was the only one who knew where the list of rescued children was hidden. When the war was finally over, she dug up the jar where the names had been hidden in and began the job of finding the children and trying to find a living parent.

It is estimated that Irena, who passed away in May 2008, saved many hundreds of Jewish children. Unfortunately, almost all the parents of the children Irena saved died at the Treblinka death camp.

After the war, Irena Sendler continued to provide help to the most needy in her community—she organised orphanages for children, co-founded nursing homes and social welfare facilities.

Among the many decorations Irena received were the Gold Cross of Merit, granted in 1946 for the saving of Jews, and the Order of the White Eagle, Poland's highest honour, awarded later in Irena's life for her wartime humanitarian efforts. In 1965, Sendler was recognised by Yad Vashem as one of the Polish Righteous Among the Nations. This is an honorific used by the State of Israel to describe non-Jews who risked their lives during the Holocaust to save Jews from extermination by the Nazis.

Lili Pohlmann, a holocaust survivor and one of Irena's last living friends who currently resides in London, said: “Irena witnessed Dantean scenes when children were being torn away from their distraught mothers, fathers and grandparents. “Can you guarantee they will live?” Irena would be constantly asked. But she could only guarantee they would die if they stayed.

‘“In my dreams I still hear the cries when they were leaving their parents” Irena said to me. This hellish ordeal was described by her after the war in a brief account entitled "How I saved children from the Warsaw Ghetto".’

In Irena’s own words to Lili, she said: ‘So long as I shall live and have an iota of energy in my body, I shall declare that only good is supreme; it must be striven for at all costs, and - in the end - it must prevail.’

The statue has been largely funded by the Institute of Polish Remembrance and was offered to Newark and Sherwood District Council who were honoured to accept and display it. The statue will sit in the Fountain Gardens on London Road which is a highly visible location as a gateway into the town.

The fountain in the garden is dedicated to Nurse Ethel Harrison who drowned trying to rescue a child in the early 1900’s. It is hoped that the gardens will be further developed to represent more acts of heroism displayed by Irena and Ethel so their actions will never be forgotten.

Newark has a long history with Polish culture and Polish service personnel during World War II with Former Prime Minister of Władysław Sikorski being buried at Newark Cemetery for a time. Many Polish airmen were also stationed in Newark during the Second World War and the town has a significant number of Polish war graves.

Newark is also twinned with the city of Sandomierz, one of Poland’s oldest and historically most significant cities.

The statue has been created by sculptor Andrew Lilley who spent six months creating this magnificent sculpture.

Sculptor Andrew Lilly said: “The project started when my daughter-in-law posted a short video of Irena looking back at what she accomplished. I was so impressed that instantly I knew it was the thing I’ve been looking for to give me meaning for my art.”

“I’m really pleased to see the art being installed in Newark and everyone involved has been very supportive of the project. The sculpture location in the Fountain Gardens means it will reach lots of people in the town. Knowing that the story of this little lady who stood up to the cruelty of the Nazi war machine will be on show for everyone to see, especially younger audiences, is really rewarding. Her actions during World War II should be remembered for generations and it’s great I can do my part to share her story.”

“While I was sculpting I played video recordings of Holocaust survivors sharing their experiences and I took inspiration from an image of a Syrian refugee who was holding a baby. I really tried to replicate the stress she would have been under.”

“Irena epitomises that soft sacrifice, she didn’t see ethnicity or religion, it was just a human connection she identified with. She saw that children needed saving and even when she escaped imprisonment she kept the names of the children safe so they could never be found.”

Leader of Newark and Sherwood District Council, Councillor David Lloyd, said: “There’s a deep rooted connection between Newark and the Polish community. During World War II many sacrifices were made by Polish personnel to halter the Nazi advancement and to ensure more lives were not lost. Their sacrifice also ensured Britain remained one of the few countries in Europe not to be invaded by land.

“The sacrifice made by Irena Sendler to save many Jewish children from the horrors of the Holocaust will be remembered for generations to come. On behalf of the community of Newark, it is an honour to have this astounding statue in our town.

“We hope this will be a reminder for those in the future about the great sacrifices that were made during the war.”

Marta de Zuniga, Director of the Polish Cultural Institute in London said: “It truly is touching to see the first sculpture of Irena Sendler in the UK being unveiled. Irena Sendler is an inspiring hero, someone whose actions can be admired universally and her humanitarianism used as an example for young people. It reminds us that even in the most hopeless of times one person can make a difference and set a worthy example to follow.”

Town Mayor of Newark, Cllr Lisa Geary, said: “Newark is honoured to be able to provide a location for this statue which will be a fitting tribute to the life of Irena Sendler.

“Her story is truly inspirational, one of selfless service to others, putting her own life in danger as Europe battled against the evil Nazi regime. I hope that this statue will be a catalyst for young people to better understand this hateful period in Europe’s history so that such events can’t be repeated in the future.”

Olivia Marks-Woldman OBE, Chief Executive of the Holocaust Memorial Day Trust, said: “I’m delighted that Newark and Sherwood District Council are unveiling this statue of Irena Sendler. Irena was an extraordinary woman and saved an amazing number of young lives while still being a young woman herself.

“It’s so important we preserve her memory. At the Holocaust Memorial Day Trust our mission is to learn from genocide for a better future. The statue of this brave woman will serve as a reminder both of this darkest of chapters but also of the very best of humanities response.

“We can all look at Irena’s life and ask where can we be more courageous today in standing up for those that need our help? I especially hope when future generations look at this statue and learn of her life, they can be encouraged to be that glimmer of light in their own communities.”

The unveiling event is invitation only and due to the pandemic, general public will not be able to attend. The statue will be open to the public after the ceremony and can be visited for free in the fountain gardens.