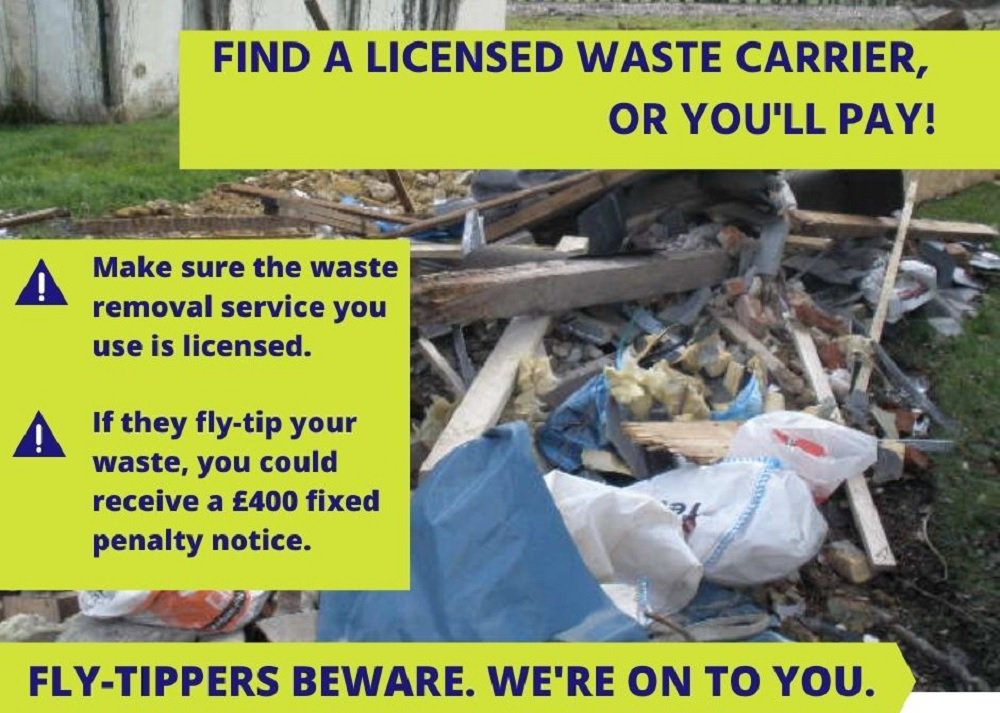 A WOMAN has been fined £400 after an illegal tip-run led to her rubbish being fly-tipped.

Newark and Sherwood District Council is warning residents to be extra vigilant when employing ‘man with a van’ services after Amazon delivery packaging and other household goods were found dumped in black bags on Forest Road, Oxton.

The Council took swift enforcement action after an investigation of the rubbish traced the debris back to its owner and she was fined £400 for failing to take the appropriate steps to prevent it from being fly-tipped.

Rogue rubbish collectors are actively advertising their services on social media sites by posing as legitimate waste removal services, but often just dump their collections on other people’s land or in public.

The Council’s anti fly-tipping campaign, Not in Newark and Sherwood, has already led to a series of prosecutions, including one from just a week ago. A man from Newark was issued a £400 Fixed Penalty Notice after dumping excess household waste outside a block of flats.

The dumped rubbish – comprising food waste, toy packaging and documents, much of which could have been recycled – was found in Balderton and investigated by Newark and Sherwood District Council’s enforcement team.

Documents containing addresses traced the rubbish back to the original owner and following admission to the offence, the resident received a Fly-Tipping Fixed Penalty Notice of £400 under the Environmental Protection Act 1990.

Councillor Roger Jackson, Chairman of the District Council’s Leisure and Environment Committee, said: “This case serves as an example that if you pay for your waste to be taken away and don’t check where it’s going, you are running the risk of a fine or prosecution yourself.

“Fly-tipping is a serious criminal offence and takes time and money to clear up. We are only too aware that the lockdown period has meant a lot of residents have accumulated additional waste but we all still have to take responsibility. It is absolutely crucial that people avoid giving these items to potentially unlicensed waste removal services.

“The Council’s own bulky waste collection service is cheaply priced, most certainly legal, and we will collect your items from your doorstep. Or, if you choose to use an independent waste contractor you must make sure the contractor is registered with the Environment Agency as a licensed carrier. Anyone licensed always needs to have a credit card style licence or certificate with them.”

For bulky waste go to: http://www.newark-sherwooddc.gov.uk/bulky/