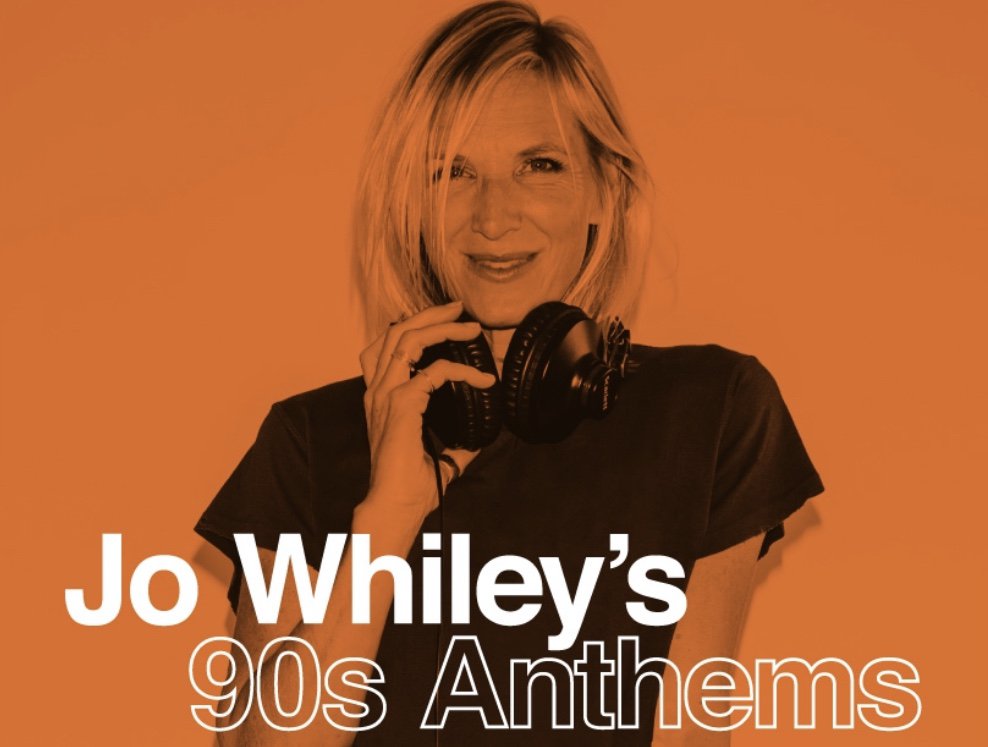 LHG Events, organisers of Ellis Mather presents Newark Festival, have just confirmed one of the nation’s most popular DJs; Jo Whiley for Friday night. Jo will be bringing her popular Jo Whiley’s 90s Anthems Tour to Newark, including all the best tracks from this great decade of music and this will undoubtedly be one of the biggest nights out of the year!

Jo Whiley - arguably one of the most recognisable voices in British Broadcasting - has had an exciting and varied career and is considered one of the nation’s favourite radio DJs. After studying in Brighton and dabbling on BBC Radio Sussex’s new music show, her first broadcasting job was as a presenter for WPFM, Radio 4’s youth culture and music show. She then moved over into TV, initially on satellite, then to Channel 4 as band booker for ‘The Word’, giving Britain its first television taste of bands such as Nirvana and Rage Against The Machine.

Jo joined Radio 1 in the Spring of 1993 and in September she became permanent co-presenter of The Evening Session with Steve Lamacq. Four years later she landed her own daytime show and remained part of Radio 1’s weekday line-up until 2009, when she began a new weekend programme. Jo has also presented coverage of the Glastonbury Festival on Radio 1, Channel 4 and BBC, plus she’s hosted several music programmes for Channel 4. Jo now presents the 7.00-9.00pm slot weekdays on BBC Radio 2.

Jo is a celebrity ambassador to Mencap, a UK charity that works to support people with learning difficulties. She hosts the Little Noise Sessions concerts, in aid of the Mencap charity enlisting the support of many renowned international music artists. She is also a supporter of Tommy’s – The Baby Charity, and Patron of the Cri du Chat Syndrome Support Group.

Liz Doogan-Hobbs MBE, CEO of Liz Hobbs Group said “We have recently announced an incredible 80s line-up for Saturday and are now excited to have Jo Whiley on board with her hugely popular 90s Anthems set for the Friday night. This year’s festival is going to bring some of the biggest hits from the 90s and a star studded 80s line-up, with something for everyone to enjoy. Our Early Bird tickets are on sale now, perfect as a Christmas gift. It’s hard to choose between both nights so why not come along to both and party all weekend!”

Matthew Ellis-Mather, Managing Director of Ellis Mather Group shared his excitement of the announcement: “Jo Whiley will bring fantastic energy and fun to Friday night, and we are thrilled that she will be performing the greatest hits from the 90’s! We are sure that it will be brilliant way to kick off what will be an amazing weekend of music & entertainment.”

Dennis Jones, Leader of Newark Town Council said: “I am delighted that we have been able to attract Jo Whiley, who is a household name that people will instantly recognise, to perform her 90s Anthems DJ night at next year’s Newark Festival. I think next year’s Festival is going to be one of the best overall line-ups that we have ever had, it should make for a fantastic weekend. The Town Council is once again providing significant financial support to the Festival and I would urge the local community to support this event, which has become a valuable and much appreciated part of the town’s cultural calendar.”