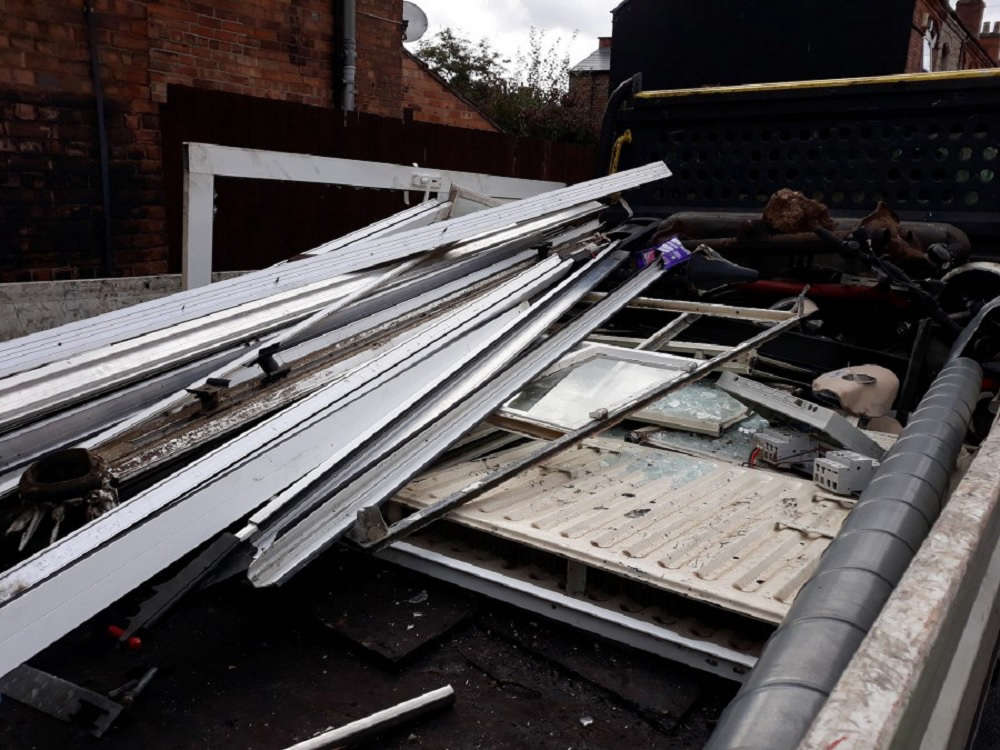 A joint operation to crackdown on illegal waste-carrying vehicles took place earlier this month in a bid to stop those involved in illicit activity.

Officers spent time in several locations across Newark and a total of 17 vehicles were stopped throughout the day. This included enforcement action against a vehicle that did not have a waste carrier licence and another vehicle without a scrap licence that was also untaxed. Four other vehicles were immediately seized by police.

Fly-tipping, the illegal disposal of household, industrial, commercial or other “controlled” waste without a waste management licence, has been highlighted as a particular problem for Newark and Sherwood because it is covered by large areas of open countryside.  In many cases the Council suspects offenders are rogue waste operators who work for cash and do not operate with the necessary licenses.

The Council’s anti fly-tipping campaign has already led to a series of prosecutions and two dedicated environmental protection officers and a senior enforcement officer are now in post. Last week alone officers served two £400 fixed penalty notices for fly-tipping in Newark, with two further cases awaiting an interview under caution, a £300 fine for failing to produce a waste carriers licence and a court date has been set for prosecution following a fly-tip in Farnsfield.

The District Council is also soon set to embark on a one-year pilot project with Waste Investigations, Support and Enforcement (WISE), a private sector company that will provide an additional 185 hours of manpower to issue Fixed Penalty Notices to those who commit environmental offences in the district.

Councillor Roger Jackson, Chair of the Leisure and Environment Committee at Newark and Sherwood District Council, said: “The residents of Newark have expressed concerns that vehicles such as the ones targeted during this day-long crackdown were being used for criminal activity.

“We do not tolerate rogue waste operators who operate without the necessary licences and operations such as these are integral for keeping our roads safe and clamping down on illegal waste-carrying vehicles.

“We are leaving no stone unturned to catch these criminals. In the last year, we have seen a number of successful prosecutions for fly-tipping offences and we will always seek the toughest punishments possible where the evidence supports a prosecution.”

This month’s operation showed officers that the majority of the vehicles on Newark’s streets had all the correct documentation including being taxed and insured.

Sergeant Matthew Ward, of Nottinghamshire Police, said: “This activity targeting different trade vehicles in and around the streets of Newark allowed for a focus not only on vehicles being used to commit crime but also to ensure the correct driving and trade documentation was held as well as engaging with drivers to reiterate the importance of road safety.

“We were pleased that many drivers are correctly documented and were supportive of the activities we were undertaking.

“We intend on completing further operations in the future to ensure standards are maintained and where they are not the appropriate action is taken.

“By taking a joint agency approach we’ve shown that we are committed to targeting those who chose to use their vehicles for criminal activity and that it isn’t just Nottinghamshire Police as a whole who are clamping down on the matter but other agencies as well and that as a force we will use the resources available to us to tackle this matter.”

Residents who witness someone fly-tipping are asked to leave the evidence where it is and report it to the Council at https://www.newark-sherwooddc.gov.uk/report/ or call 01636 650 000 as soon as possible. It is encouraged to make a note of any vehicle registrations and any other identifying evidence.

Fly-tipping is a crime under the Environmental Protection Act which carries a possible fine of up to £50,000 and/or up to five years in prison.

If you need to find legitimate registered waste carriers in your area, please use the Environment Agency's register: https://environment.data.gov.uk/public-register/view/search-waste-carriers-brokers

Alternatively, residents can use the District Council’s bulky waste collection service for which there is a small charge, or for larger quantities it can provide you with an individual quote. For bulky waste or electrical waste visit: https://www.newark-sherwooddc.gov.uk/bulkywaste/.