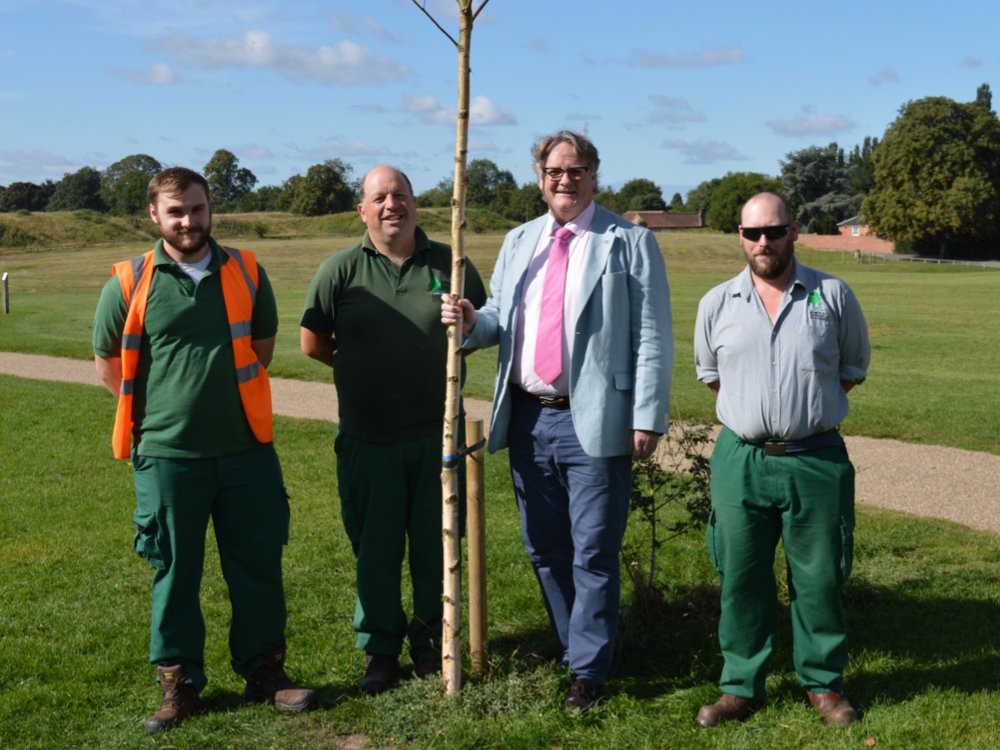 A major programme of green projects to plant tens of thousands of new trees in Newark and Sherwood will be considered by members of the district council’s economic development committee next week.

If approved, one of the projects set to launch is a free tree scheme, handing out 10,000 two-year-old trees to households across the district, as part of Newark and Sherwood District Council’s strategy to protect, promote and enhance the natural environment.

Households will be able to apply for up to two trees at no cost, which are approximately 60 to 90 centimetres high, by submitting an application form.

Deputy leader and chairman of the district council’s economic development committee, Keith Girling, said: “Newark and Sherwood is home to the world famous Sherwood Forest and as well as being an iconic part of our landscape, trees are vital in the fight against climate change.

They help to improve the quality of our air, cool the warming planet, reduce flood risks as well as absorb carbon dioxide from the atmosphere.

By increasing the number of trees in the district, not only are we making our communities more attractive, greener places to live and work, we are assisting the government in meeting its crucial target of planning 11 million trees between now and 2022.”

The council is also proposing to apply for and match-fund a government tree planting grant project, whichwill allow for at least 6,000 small trees (100-125cm in height) or at least 15 large (3m or more in height) specimen trees to be planted.

£10 million of central government funding has been allocated to the Urban Tree Challenge Fund project, an initiative to plant more than 100,000 small and large trees in urban areas in England.

In addition, the council has pledged to work with local businesses including Newark-based Bakkavor, community-based organisations and local schools in selecting appropriate sites and sourcing trees to plant across the district.

It is also proposing to submit expressions of interest in further national tree planting schemes, including The Woodland Trust’s MOREwoods campaign and the government-backed Northern Forest Project.

In July, the district council, along with other local authorities across the country, declared a climate emergency and pledged to work towards developing measures to offset global warming.

In making the declaration, the council stated it would work with other local authorities and public, private and voluntary sector partners on carbon reduction projects while lobbying the government for the necessary resources and powers so that it can make its contribution to the UK’s Carbon Reduction targets.

A full report will be submitted to the council’s leisure and environment committee on September 24, which will outline themeasures it will take to try to offset climate change.