A day out with Flowserve 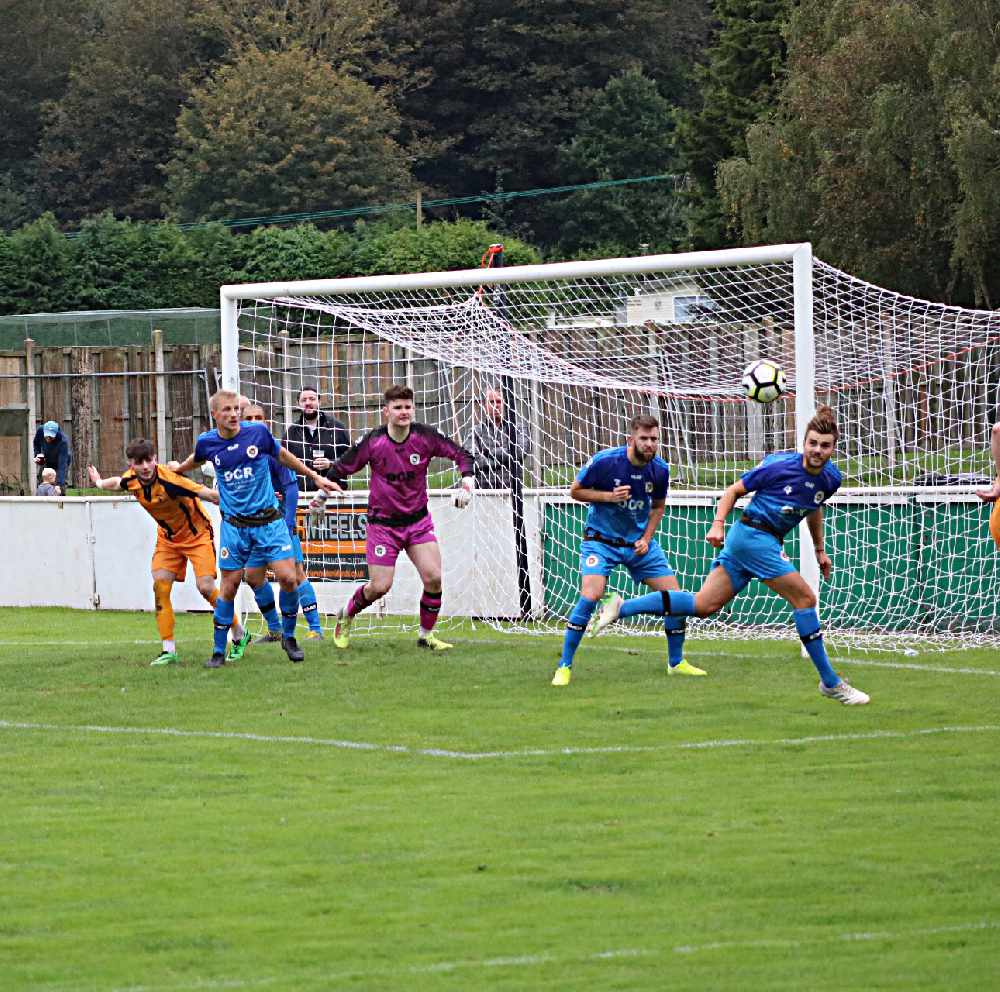 “The Works” fire blanks down by the riverside

THE fact that Newark Flowserve are still fourth in the Midland Football League Premier Division is a testament to their fine performances to date this term. This wasn’t one of them, as the men in orange slumped to a 2-0 defeat at Stourport Swifts.

They came alive in the second period but, for all their chances, they couldn’t hit the proverbial cow’s backside with a banjo. Injuries and suspensions mount, and it’s not like we have the biggest game in the club’s history next…

The Walshes Meadow, once our bus driver found it, was a delightful ground nestled on the banks on the swollen River Severn, and the second half was one-way traffic, much like the town of Stourport itself.

A tentative first half saw both sides feeling each other out, but there was a clear intent of Stourport Swifts’ intents when the speedy Jim Hanson dispossessed Kyle Dixon inside the first 30 seconds and sent in a cross which the stretching Joe Searson plucked out of the air. Honestly, even at that embryonic stage, you had a queasy feeling. 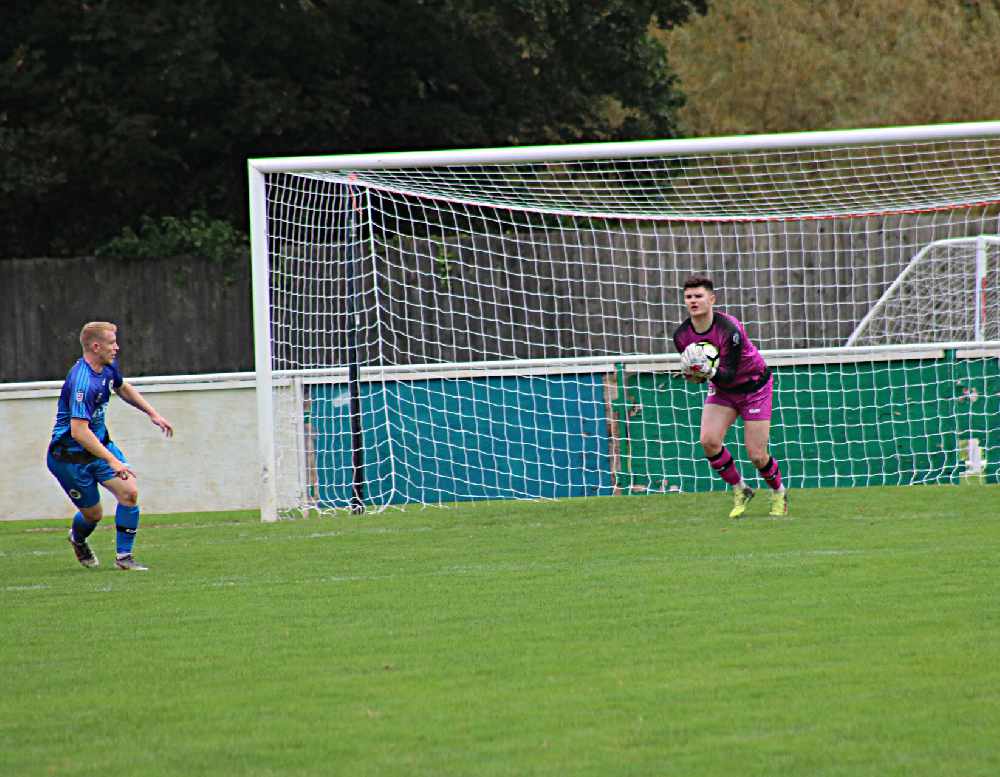 Hope glimmered when Dixon was fouled on the edge of the other box three minutes later, and Danny Meadows fired in a direct free-kick that drew a fine diving save out of home custodian Ryan Smith at the foot of his left hand post. That was as good as it got.

There was a welcome return for Tyrell Shannon-Lewis, duel-signed with Dunkirk, while the versatile Sol Miller made a seemless switch from right-back to the left wing, and Mitch Robinson returned from his holidays in South Africa, though he was to be unjustly red-carded late in the fray.

It was Flowserve’s longest away trip of the season in the league, with the 110-mile journey seeming even longer on the return journey following a second defeat of the season, though the slog was alleviated by the homeward-bound initiation songs of the players. The spirit lives on, and bodes well for the next step of the FA Vase adventure on Saturday. 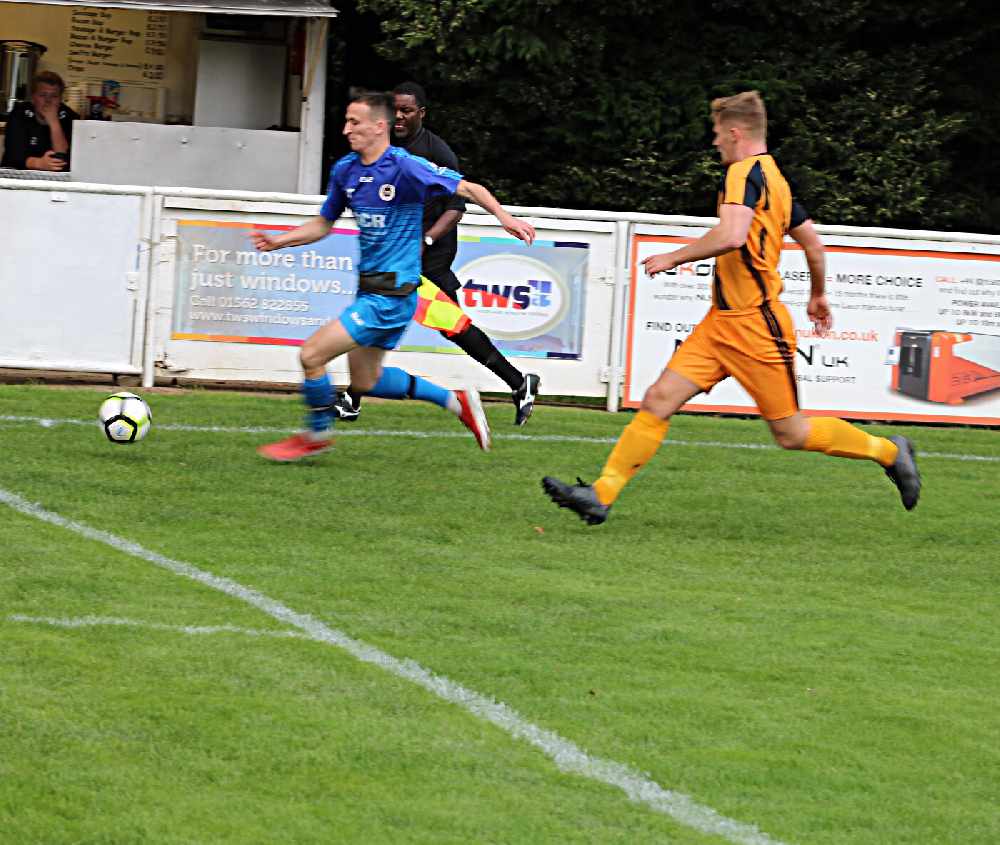 The early-to-be-departed Robinson was the star man of the first period, clearing off the line after Searson had sprinted from goal to thwart a home foray, and then coming from nowhere to block an effort from Jim Hanson, the home side’s top performer.

The second half was three minutes old when the Swifts broke the deadlock, and ironically Robinson was at fault when his back pass to Searson fell short and Joe Billingham benefitted from his challenge with the keeper and fired the loose ball into the roof of the net.

The setback fired The Highwaymen into life, and they laid siege to the home goal for the remainder of the half, though their profligacy in front of their target was a combination of heroic rearguard action and chronic inaccuracy.

On 77 minutes the referee imposed himself on the proceedings once again when he judged that skipper Tom Potts, having previously been impeded by his opponent, stumbled into his Stourport rival, and the result was a penalty.

And then Robinson, having been carded when a Swifts man fell over his leg to win a throw-in, was given a second yellow for a gentle nudge in the back – remember when this was a contact sport, boys – and that summed up the day.

It was a bad day at the office but, such is sport, an opportunity for glory awaits at the weekend when Heather St John’s arrive at Lowfields to do battle on the next step of the road to Wembley.