A wonderful night of boxing 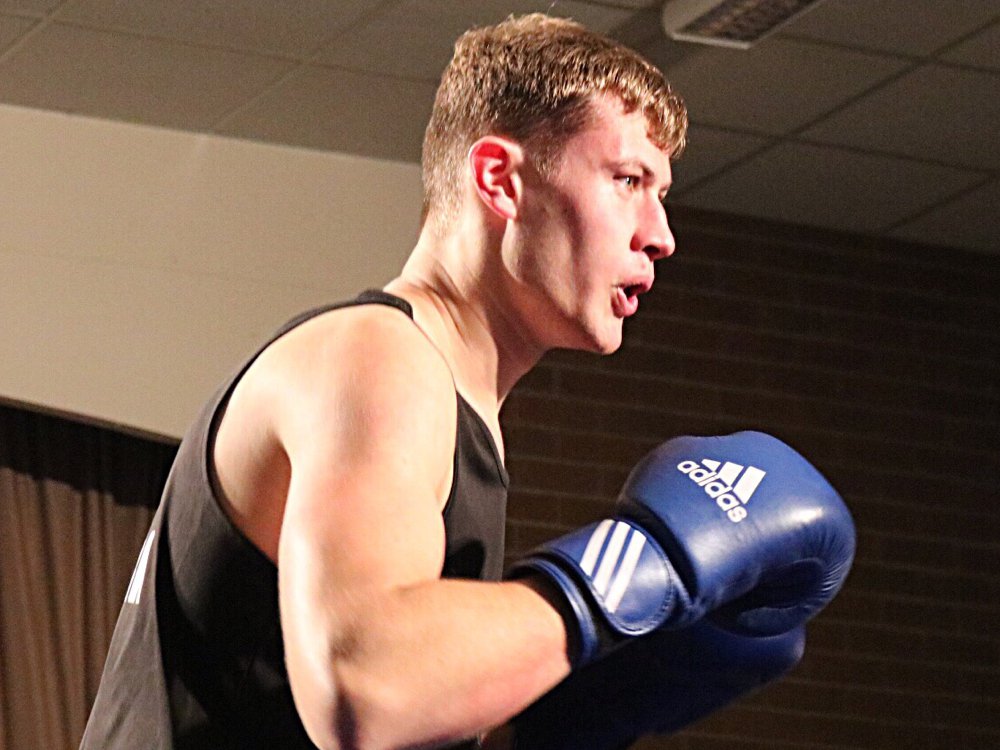 With nine young fighters from Newark Amateur Boxing Club lining up to showcase their skills on The Home Show 3, local fans were treated to another action-packed evening at Farndon Memorial Hall on Saturday 3 November.

Alfie Briggs-Price got things off to a good start with a skills bout against the City of Leicester ABC’s Marshall Price, after his original opponent unfortunately pulled out at the last minute.  The Newark 12-year old took control of a bout which both camps agreed would make for a great fight in the very near future.

Up next for the home club and boxing Paul Smith from Skegness ABC, Deivids Paulauskas started sharp and threw some great combinations. His work rate and quality punches were too much for his opponent and the win went to Deivids when the referee stopped the contest at the end of the first round.

Making her boxing debut, 12-year old Lauren Workman was third on the card for Newark in a bout with Lyla Bardauskas of Crowle Boxing Club.

Unfortunately for Lauren, the referee again called for a stoppage in the first round, a decision the Newark corner and crowd felt was premature and unfair. But Lauren was very positive after the contest and is keen to get back in the ring as soon as possible.

Then it was time for Sam Hardy to defend his unbeaten record when he faced Langwith ABC’s Keegan Gibbons in a bout that had the crowd up on their feet.

Pushed very close in the first two rounds as his opponent put some serious pressure on him, Sam was nevertheless looking sharp as he mixed up his punches with body and head shots. Going into the third, the instructions from the corner were clear; told to go out and win the last round big, he did just thatand, after controlling the round and even giving Keegan a standing count, Sam’s record remained intact when he  took the win by a unanimous decision.

Next up was another youngster just beginning her boxing journey as Chloe Davies made her debut against Sophie Wreford from City of Hull ABC. Although the decision went to her opponent, Chloe showed some extremely good head movement in the contest and made it clear that she has a bright future in her chosen discipline. 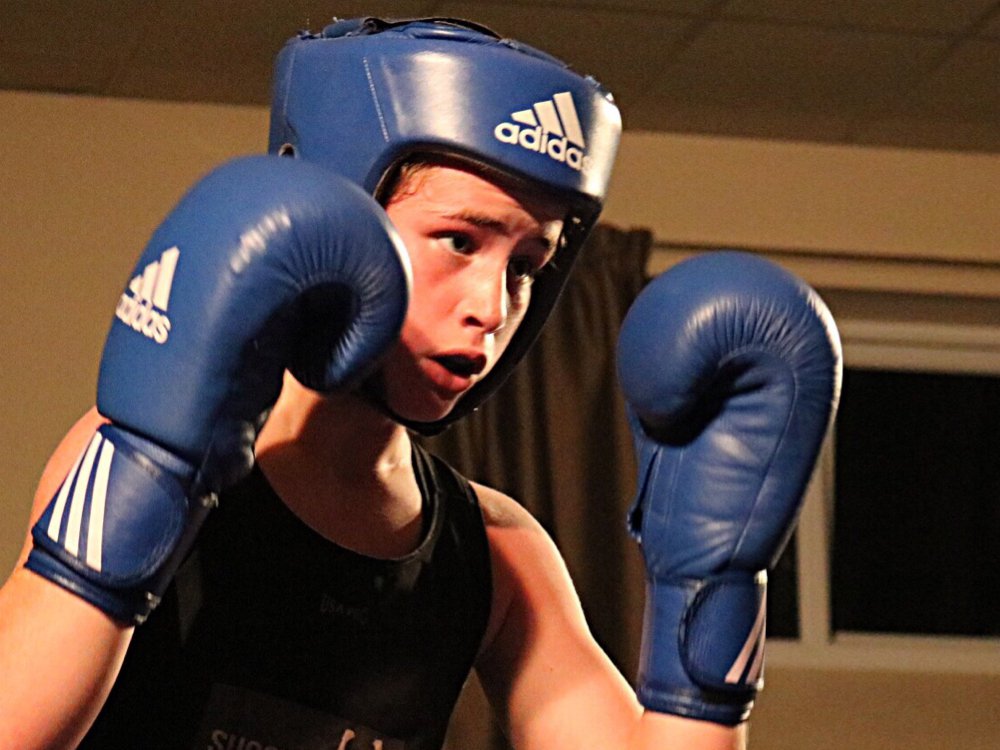 Returning to the ring to take on Bray Cobb from New Saints ABC, 15-year old Mac O’Brian showed the Newark crowd just how much he has improved recently. Following the game plan to perfection, he dominated the entire contest and stopped his opponent to take the win.

The next bout saw another debutant for Newark, with Alfie Smith going up against New Saints ABC’s Jack Lovesey. A boxer with a natural fighting mentality, at times Alfie demonstrated that he has some very good technical skills and, although the decision went to his opponent, he can take away a lot of positives from a contest which saw them both giving their all as they slugged it out over three rounds.

The excitement in the room reached a new level as the next bout unfolded. A couple of weeks shy of his 19th birthday and only  a few months into his boxing journey, Tom Watkins was in the ring for his first ever bout when he went head to head with Louie Corrigan from Westway ABC.

The first round was closely contested as Tom used his strengths to land some sweet shots on his opponent. In the second, both boxers were throwing more big shots, one of which caught Tom who took a knee as he put his hand down to steady himself. Still down, he was hit by a controversial illegal punch but despite this he bravely got back to his feet and went on to dominate the final round.

“Since he joined Newark ABC, Tom has made it very clear how much he loves boxing and it certainly showed over those three rounds,” said Suggy’s Gym head coach Dean Sugden. “His determination shone through from start to finish and to pick himself up and keep pushing forward after such adversity in his first fight shows that he is a very special prospect. Although he didn’t get the decision, he was declared Fighter of the Night – an award well worth winning as the choice was made by Newark’s very own professional boxer, Chad Sugden.”

The final Newark boxer on the card was 23-year old Connor Meanwell, up against Milo Josef Balsamic from Jawaid Khaliq BA. Another fighter who demonstrated how far he has come under Newark ABC, Connor’s strong body shots and fast combinations were the recipe for his success, earning him a unanimous decision win to the delight of all the local supporters as the evening drew towards a close.

“Another great night for fighters and fans alike and a fitting way to end a year which has seen three fantastic Home Shows for Newark ABC,” added Dean. “Thanks to all the other fighters and their supporters who travelled to Newark for the event, to all of the sponsors and – last but by no means least - to all our local families, friends and fight fans who came out to cheer on our young boxers. We look forward to seeing you early in 2019 for the next one!”