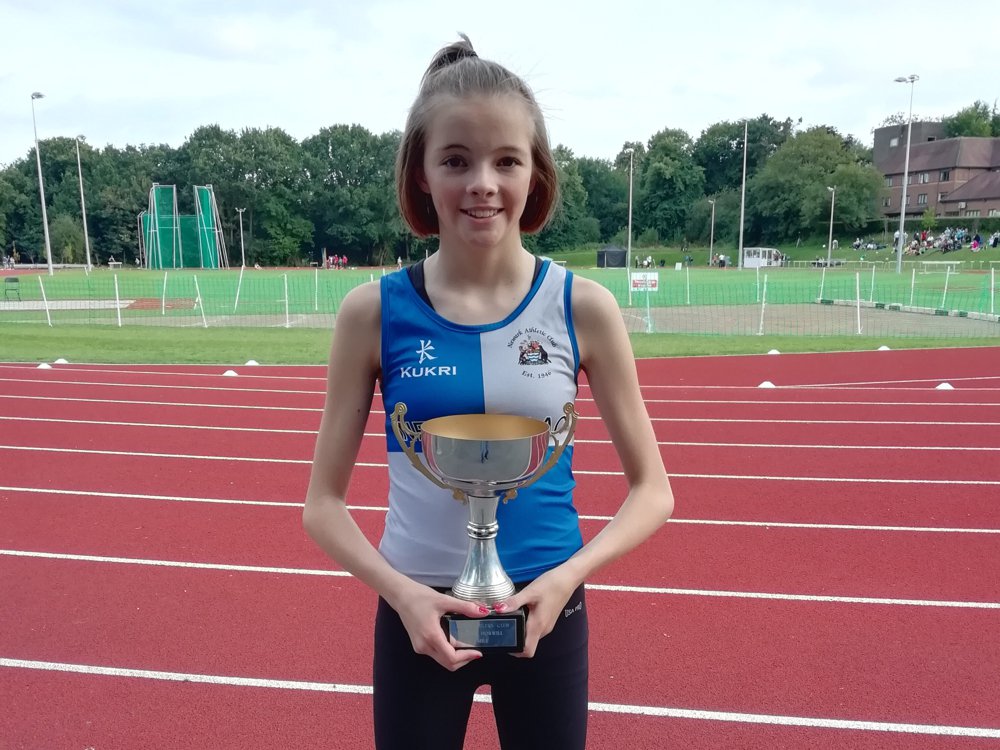 After two laps Amelia was in a group of 5 which had pulled away from the rest of the field and was running well. Amelia pushed the pace and left the rest of the field with one other runner. As the they both hit the bell for the last lap, the other athlete overtook Amelia and started to increase the pace. Amelia did not panic and stayed glued to her shoulder and in the last 100m sprinted past her cross the line in 1st place . Shortly afterwards she was presented with her Midlands Athletics gold championship medal.

8 days before, on Friday 2nd Aug Amelia raced in the British Milers Club Frank Horwill Invitational Mile, at Birmingham University. She had never raced the distance before, but had a great race crossing the line in 1st place, in a new Newark Athletic Club all ages Ladies record time for the mile, of 5min 9sec. 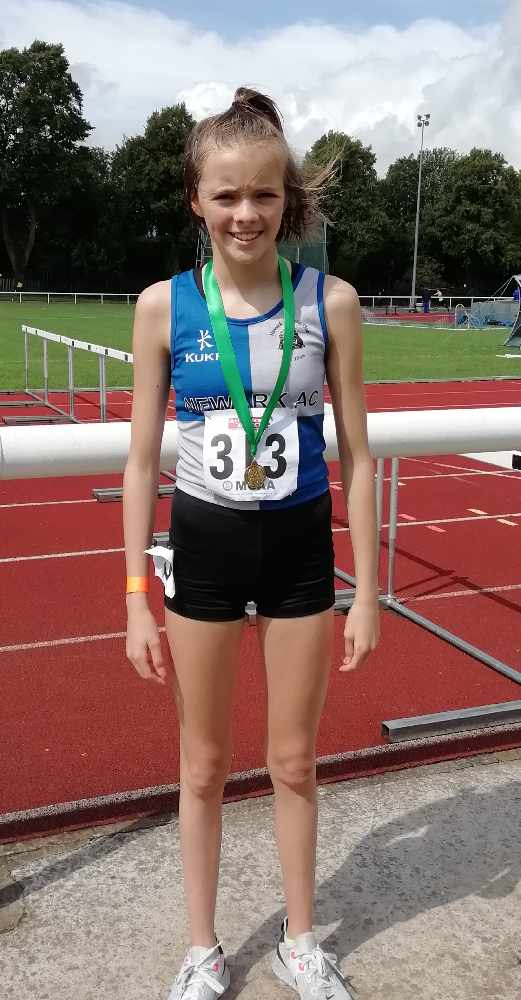