Dixon Double as Flowserve turn on the style 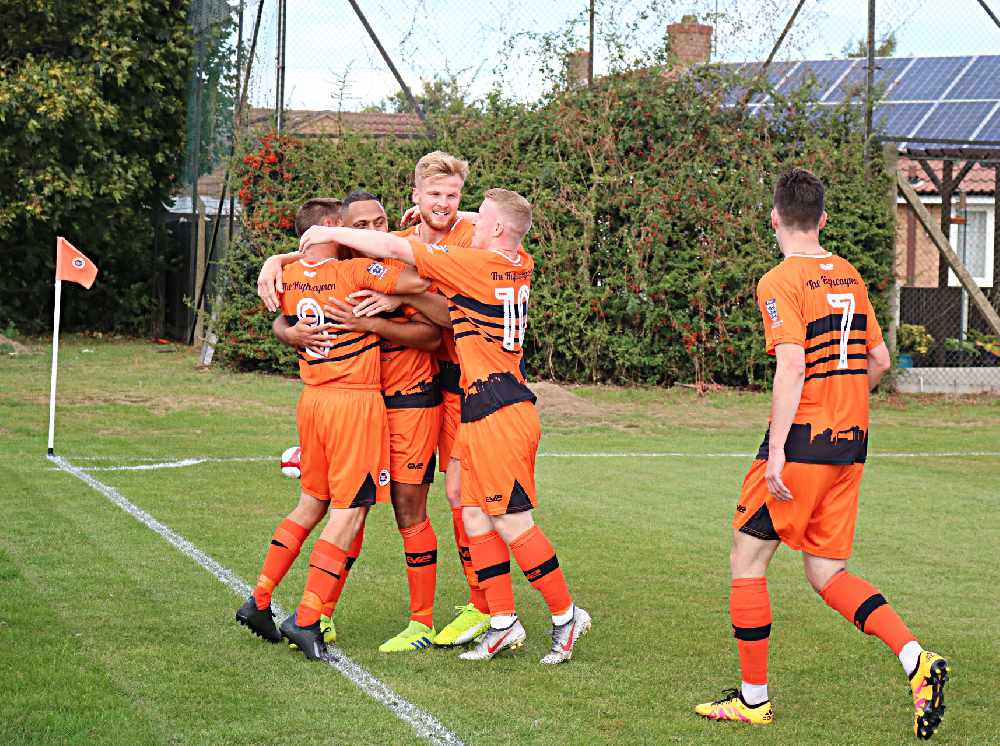 NEWARK FLOWSERVE produced their best performance of the season to book a place in the First Round Proper of the FA Vase with a 5-1 win at home to Skegness Town on Saturday.

The Highwaymen were braced for a tough challenge against a side riding high at the top of the Northern Counties East First Division, but a spirited first half show from the visitors ended with a footballing lesson from their hosts in the second period as wave after wave of attacks sunk the seasiders.

Kyle Dixon was denied a hat-trick by a stunning save and both sides finished with ten men after a keenly-fought encounter in the mid-September sunshine, with another impressive crowd of 341 flocking through the turnstile.

Flowserve were without last season’s top goalscorer Sam Agar after his midweek transfer to Northern Premier League outfit Pontefract Colliery, but his replacement made a scoring debut, with Keylun Pollard arriving hot-foot from Australia. The 20-year-old left winger had an outstanding first appearance and always provided a willing outlet before being replaced to the accolade of the home support with nine minutes remaining.

Skipper Tom Potts moved to right-back to accommodate the central defensive pairing of Lawrence Gorman and new signing Mitch Robinson, with the latter producing a man of the match performance on his first outing at Lye Town the previous weekend.

Jammy Lloyd came in for his first start of the season after netting the winner at Lye, and he opened the scoring for the men in orange, though he later saw red for a committed 71st minute tackle that the linesman advised the referee was worthy of an early bath.

Paulo Piliero left the fray as early as the fourth minute when he damaged his knee in a brave 50-50 tackle that brought the early arrival of substitute Jack Beckett, who went on to give the management duo a reminder of his worth with an all-action contribution at the heart of all that was good.

The opener after 11 minutes was a beauty, and a rich reward for the quality of football that Flowserve were producing. Potts slung a trademark 40-yard cross-field ball into the path of Pollard and the latter’s attempted cross was deflected behind.

The attack continued as Dixon’s corner was worked back into his path, and his pin-point cross found Lloyd unmarked in front of goal to head home, though his mixed day continued as he received a cut to his brow in the celebrations.

Midway through the half, the plucky visitors were level when Skegness skipper Ben Davison tucked the ball home after Flowserve failed to deal with a cross to the back stick and the ball was put back across the face of goal with keeper Joe Searson stranded. More work on the training ground awaits.

Pollard’s lively presence of the left was sealed when he cut inside four minutes from the break and his scuffed shot with the his right foot deceived the Town keeper who was down before the ball bounced past him.

It was no more than The Highwaymen deserved, and they plundered three more goals after the break to seal their passage to the First Round of the national competition, with six more wins to Wembley.

The second period was less than a minute old when Danny Meadows whipped in one of his crosses from the right, and Ben Hutchinson dived to head home his first for the club as he took another huge step on his way to match fitness.

The likeable Hutchinson turned provider on 64 minutes when his neat lob fell into the path of Meadows who shot powerfully, only for the keeper’s save to fall to the feet of Dixon who gleefully fired home his third goal for the club.

Lloyd’s dismissal on 71 minutes threatened to put a dampener on the occasion, but the numbers were evened up five minutes later when Town’s Jacob Norburn received a second yellow card for upending sub Elliot King in the box, and Dixon sent the visiting keeper the wrong way from the spot with his second and Flowserve’s fifth of the day. 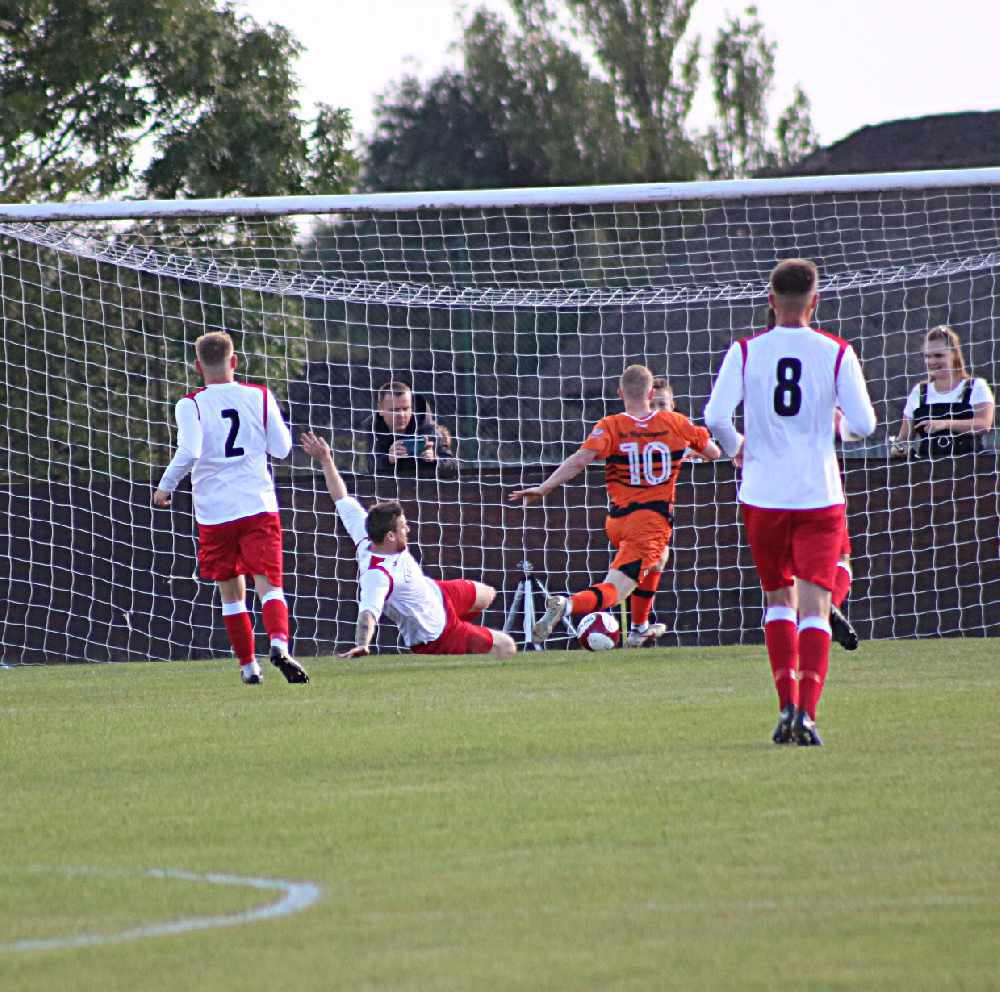