A serious foot injury meant more than three months out of the game after that, but on Tuesday evening he was in goal action again, hitting a 91st minute winner to take his side to the top of the Midland Football League Premier Division – at Coventry Sphinx.

On Saturday The Highwaymen came from behind to win 3-2 at home to Lye Town, and they lived up to their nickname again at Sphinx Drive by repeating the feat to claim another smash and grab three points to climb to the summit.

Flowserve named an unchanged starting line-up following the Lye game, and the only change on the bench was Jahren Barrow replacing the West Bridgford-bound Elliot King.

A mild but blustery night saw both sides struggle to control the ball in the buffeting wind, but the first real clear-cut chance fell to the visitors when Zak Goodson outpaced the advancing keeper on the left but, with the custodian struggling in his wake, the seven-goal speedster was unable to get a shot away as the home defenders swarmed back.

Kyle Dixon had the ball in the net on 22 minutes with a close range tap-in, only to be denied by a linesman’s flag, and the half ended goalless with honours even despite the huge gap between the two in the league table.

In fact it was Sphinx who broke the deadlock eight minutes after the interval when Colin Smith latched on to a ball over the top and slid his shot past Joe Searson with a clinical finish.

Nine minutes later the men in orange restored parity when newly-introduced Sean Woolley was upended on the edge of the box, and Ben Hutchinson tucked home his 14th of the season from the spot.

The sizeable travelling contingent in a crowd of 73 must have been hoping that their trip to Coventry on a Tuesday evening in January was going to be worth it, only for Sphinx to go close again through goalscorer Smith when he drilled a left foot effort inches wide with the home crowd on the cusp of celebration.

In fact the celebrations came at the other end in the 78th minute when Woolley turned neatly on the left of the box and slipped the ball across for Dixon to steer his shot home at the far post to give Flowserve the lead for the first time. 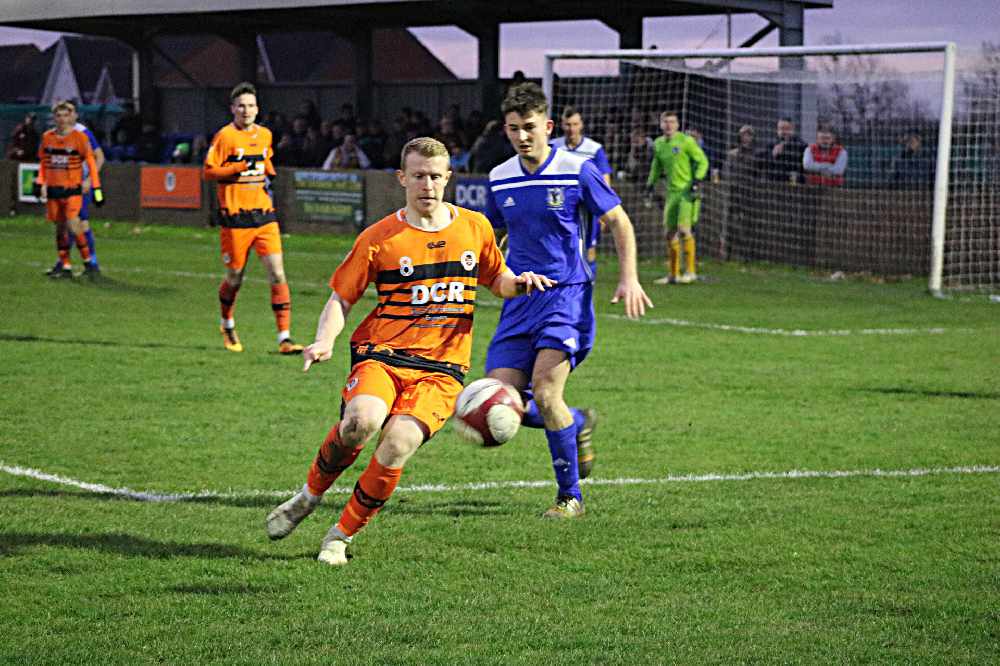 Five minutes from time a Danny Meadows foul set up a direct free-kick for the hosts, and Lewis Noon fired home the equaliser.

And then came Cotton’s moment, a minute into stoppage time. Judging by the celebrations that followed you would have thought Flowserve had won the league. They’re certainly a step closer.