A GLORIOUS sunset provided the backdrop as Newark Flowserve’s best 45 minutes of the season brought a Hollywood-style ending to a 4-1 win at Boldmere St Michaels in the Midland Football League Premier Division on Saturday afternoon.

The result provided the perfect antidote to the previous weekend’s heavy defeat in Lancashire in the last 32 of the FA Vase, and it also extended The Highwaymen’s lead at the top of the table to three points with a game in hand over nearest rivals Coventry United.

The orange background cast a calming and restorative glow over the men in orange and their supporters, but 90 minutes earlier the picture couldn’t have been any more bleak.

The Sutton Coldfield hosts netted after just one minute when their key performer Kyle Byrne headed home after Flowserve had started uncertainly after their Vase exit, and it looked as though their woes might continue.

Lawrence Gorman returned to the heart of the defence, with skipper Tom Potts dropped to the bench and the armband handed to Danny Meadows. Massiah McDonald and Zak Goodson were also in the starting line-up, with Jammy Lloyd on subs’ duty and Matt Cotton returning to the injured ranks after a training mishap.

Two minutes later and the alarm bells were ringing again in the home rearguard when that man Byrne hit the angle of crossbar and post with a spectacular mid-air left foot volley as the home side again looked sharp on the offensive.

The Flowserve equaliser came on 18 minutes when Jack Beckett’s through ball was flicked on by the head of top scorer Ben Hutchinson, and his fellow strike partner ran clear to beat the offside trap and then the advancing goalkeeper with a slick finish.

There was still time for Byrne to hit the post again when he swivelled and shot in the box, and then he had the ball in the net on the stroke of the interval only to be correctly denied by the raised flag of the lineslady. Half-time all square.

Two minutes after half-time, 2-1. Goodson, looking lively, had started the half by whipping in a cross that had hurried a stumbling Meadows. He then set up Hutchinson from a central role, and the latter first saw his shot parried by the keeper but persisted to net his 16th of the season and give Flowserve a lead that they were not to relinquish in virtual one-way traffic. 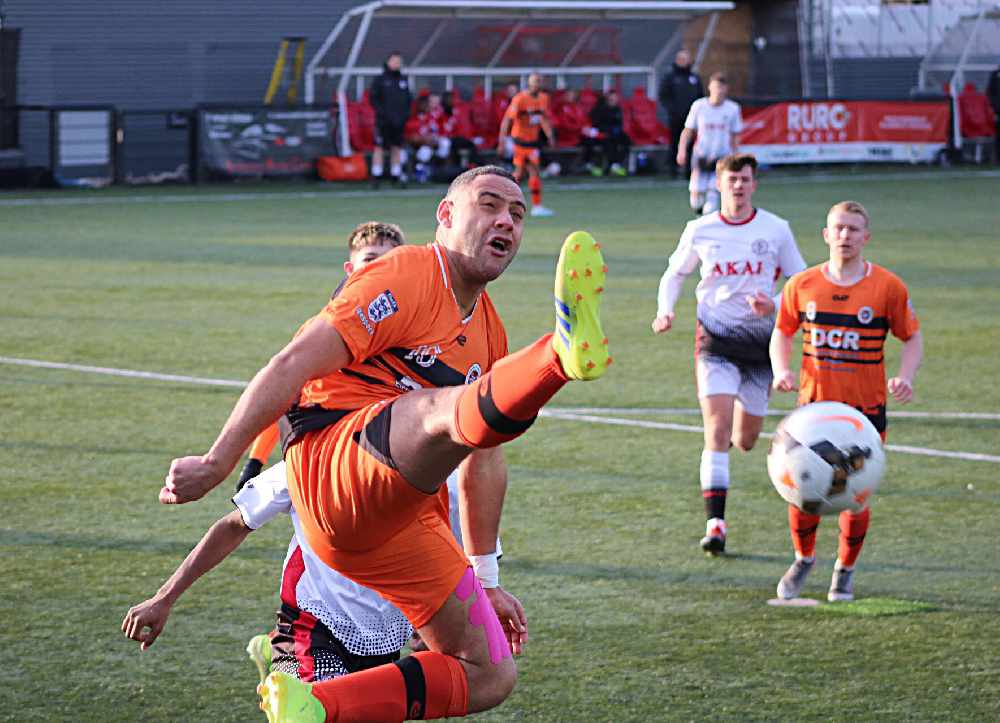 Beckett was eventually forced to withdraw from the fray following a brave challenge in the centre of the field, and that brought the early arrival of Potts from the bench to sit in front of the back four.

Love them or hate them, but all-weather 3G pitches at least allow games to be played at a time when most of the country is being transformed into a British version of Venice. And the one at The Trevor Brown Memorial Ground allowed a rejuvenated Flowserve to collect another three points. 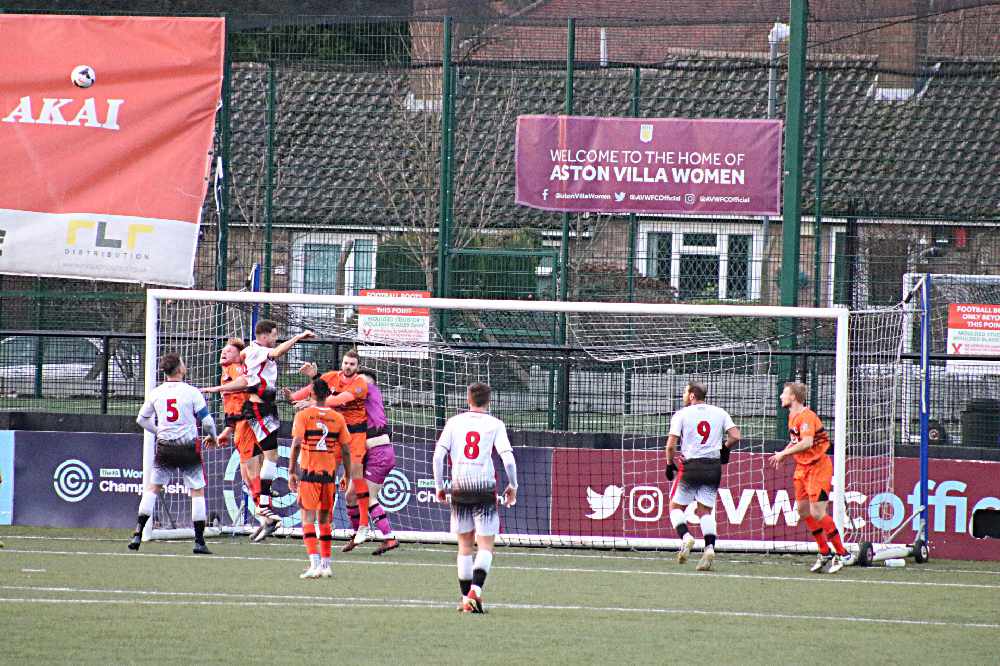 That was confirmed on 75 minutes when new signing Romello Nangle – a former Notts County man working his way back from injury – caused problems off the bench in the home defence, and Goodson pounced to fire in a shot that the keeper parried but could only look back in anguish as the ball rolled into the corner of the net.

The celebrations had barely died when Potts lined up a direct free-kick 30 yards out and thumped a thunderbolt that bulged the net before leaping into the arms of his management team.

Cue the sunset. Roll the credits.