Good performance but no points 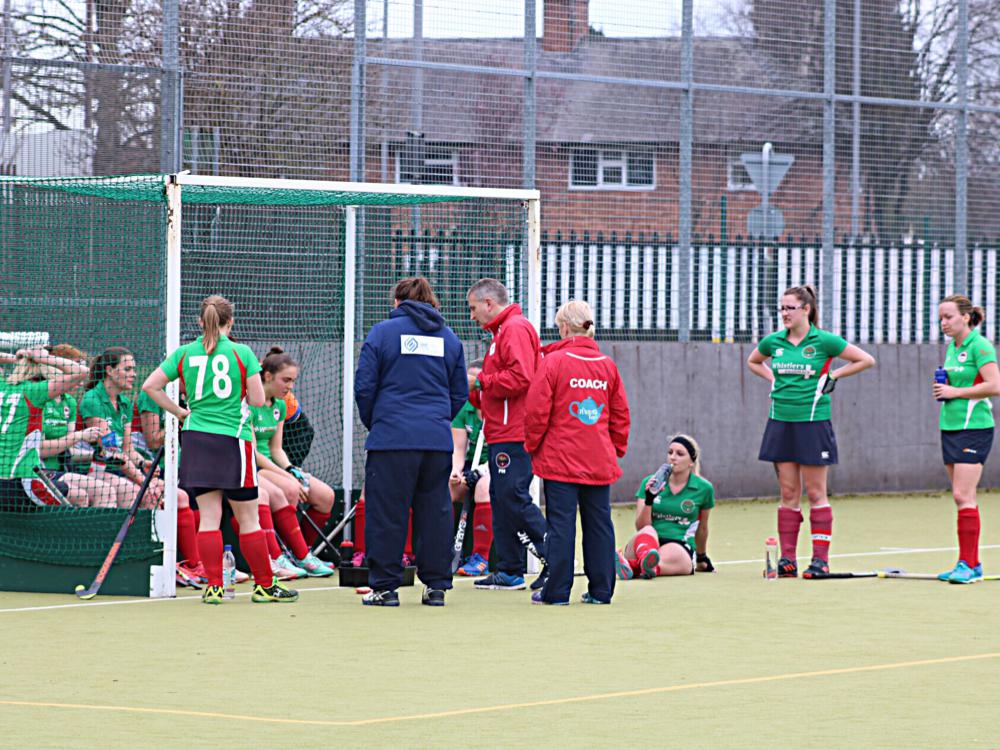 Men top the table but the ladies take the credit

The 8th round of match’s in the Midlands Feeder East league took the Ladies 1’s back to Loughborough University to play the much fancied for promotion Loughborough Town Ladies, who last season comprehensively beat Newark in the same fixture. This did not deter the ladies who started strongly, more than matching Town, in an end to end first 20 minutes.

Newark managed to win a couple of early short corners but struggled to master the bouncy water-based pitch - home to Loughborough University’s national premier league side. The first short bounced over the stick of the receiver at the top of the D, with the second push not leaving enough time for the strike to get the shot off.

Newark were unlucky to go into the half time break 1 down, after Town scored at the end of the first period, through a cross from the right only finding the stick of Emily Crisp, who was unlucky to deflect the ball beyond keeper Georgina Barratt and into the goal. This didn’t deter Newark who almost went straight down the other end, to win a short, captain Rachael Vickers got the shot off, to injector Sophie Chambers Post, the ball went agonisingly close to the line, but Chambers couldn’t get the decisive touch.

Although 1-0 down Newark were buoyant at half time. Newark started the second half slowly, soaking up a lot of pressure and conceding numerous short corners, which they managed to clear well. There were some nice passing moves down the right from Crisp to Susan Tate on to Katherine Hawkins, but nothing materialised.

Megan Cocker was once again heroic in defence, scrambling the ball away from her position on the floor, for the short corner to Loughborough Town. Newark continued to battle hard, with a nice move starting from Anna Hall at the hit out, to Bea Smith on the left, who drove hard down the line with the ball, before passing off to Tate in the corner. Tate moved with the ball into the D, putting the ball on a Town foot for the short.

This time Newark came agonisingly close to equalising through a direct flick on goal from Hayley Chaplin, who skilfully dragged the ball to her left, beating the keeper, but not the Loughborough Town defender. Town managed to clear the ball, and moved the ball quickly down field, leaving Hall stranded in a 3 v 1 situation, which resulted in Town scoring their second of the game leaving the final score a very respectable 2-0.

On reflection (during the best teas of the season so far, consisting of individually boxed chip shop chips sausage and gravy!), had luck been on Newark’s side, they could easily have taken a point at least from Loughborough, but it wasn’t to be. However, captain Vickers and coach Paul Halfpenny could not fault the team’s performance and effort, given the turnaround in result from last season. The squad left Loughborough in positive mood ahead of their crucial home game against Ashbourne, a side one place below them in the League, next week.

The ladies 2s arrived at Aztec pitch in cold and wet conditionsready for a tense game against a strong opposition who are currently 4th in the league. Aztecs got off to a good start with some intense pressure on the Newark defence but with great communication from the Newark side from captain Lindsey Sayer, Newark fought back and defended the ball with aggression. After some good play down the centre between Zara Littlewood, Mel Woods and Polly, Newark had the ball in Aztecs defensive quarter.  Aztecs soon turned the ball over and with some great skills from the opposition, Aztecs slipped the ball past the Newark GK.

Aztecs kept the pressure on and just a few minutes later, Aztecs were awarded a penalty flick. Both teams stood to the side and watched in anticipation as Newark GK Lily casuallysaved the flick with ease.

A frustrated Aztecs side were keen to get the ball into the back of the net again but some great defensive skills from Mel Woods kept them at bay, clearing the ball wide to winger AnnCrockett-McLean moving the ball up the pitch but Newark were unlucky in the Aztec D.  The whistle was blown for half time; a smiling coach Tim gave the Newark side some pointers to work on for the second half.

In the second half, after a series of short corners in the Newark D, an Aztec striker managed to slip the ball past Lily. Newark looked dangerous in response and had lots of great passing and opportunities, but the Aztec defence were verywell drilled and kept Newark at bay.

A very well-matched game but unfortunately the Aztec sidescored a final goal before the final whistle blew.

As usual the Newark side played really well with some great teamwork, passing and communication. Lily was voted Player of the game after some awesome saves.

The 4’s managed a 3-3 draw against Redhill this weekend with goals from Alison Sheldon, Georgia Sheldon and an impressive reverse stick rebound from Vicky Jones.

Newark were 3-1 up at half time but let the play slip and ended with a disappointing 3-3 draw.

4-1 win, although Newark missed a few change but remain the top of the league.