It’s all about interpretation

NEWARK FLOWSERVE produced a gallant performance at Coventry United despite having to play two-thirds of the game with ten men.

Two early strikes gave Coventry a 2-0 advantage, but Ben Hutchinson pulled one back and - even with the numerical disadvantage – the men in the change colour of blue had the majority of play in the second period as they pressed forward.

As a home supporter said to this observer in his sing-song West Midlands accent: “You would think we had the ten men, not you.”

The two sides were separated by just one place in the table, and they had fought out a tight goalless draw at Lowfields earlier in the season. But it took just three minutes for the former Coventry City winger Chris Camwell to convert a fine left foot strike past a diving Joe Searson in the visiting goal after good approach play.

Six minutes later it was two when leading marksman Matt Gardner doubled United’s lead, but the goal inspired Flowserve to greater heights, and they were lifted further by another magnificent away following in the 3,000-seater stand in the equally magnificent Butts Park Arena, the home of Championship side Coventry RUFC.

Hutchinson, who had already looped a header on to the bar from a Zak Goodman chip, then climbed highest to Danny Meadows’ free-kick from the left, only for his headed effort to skim wide of the left upright with the home keeper scurrying across his six-yard box like a gloved mouse.

Ever-present midfielder Kyle Dixon was suspended for the game after picking up five yellow cards, leaving Flowserve keeper Searson as the only man to start every game for the Newarkers. But there were two debutants at full-back, with Lavell White from Ilkeston on the right and Jurelle Phillip from Wisbech slotting in on the left, taking the players used to 32 in 20 games this season. 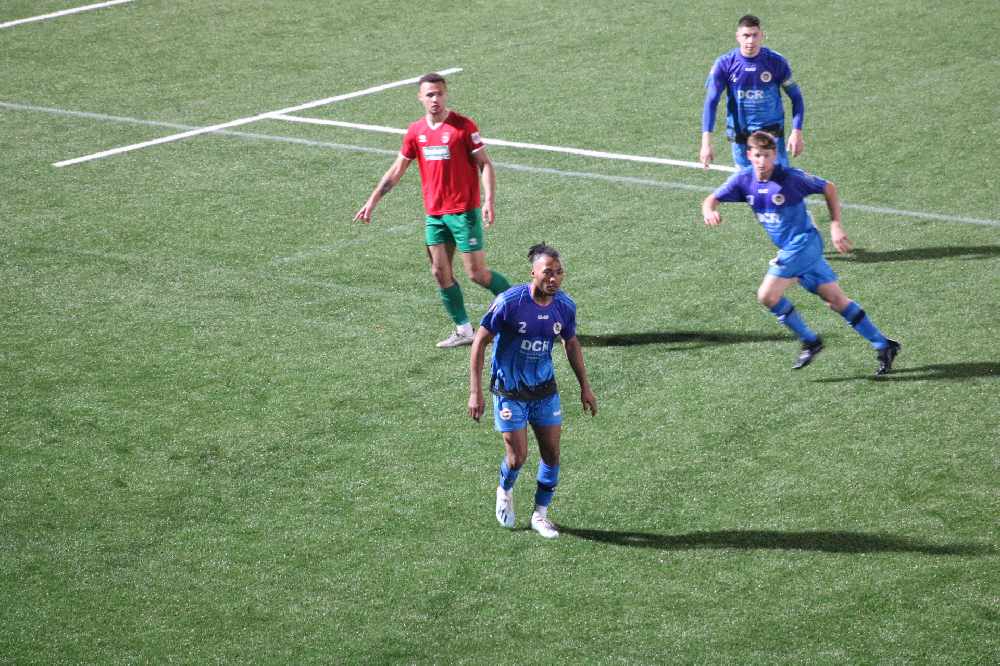 Sean Woolley replaced a limping Paolo Piliero on 22 minutes, and he was in the action almost immediately when he ran on to Hutchinson’s flick and squared the ball to Meadows who laid the ball back into the path of Hutchinson. Bang. Game on.

Ten minutes later. Bang. Game over. The referee adjudged on the advice of a linesman that Smith’s elbow had connected with an opponent and that the retaliation of the Coventry centre-half was only a yellow card because the push that floored Smith was only chest high. Ironically home number five Lewis Ison went on to be named man of the match.

Flowserve dominated from that point, until and after the break, with United defending resolutely and, at times, desperately.

But tired legs gave out in the end, allowing the fresh legs of substitute Tyler Haddow to net in the 86th and 89th minutes.

At the end a Coventry club official told me: “Your boys are a welcome addition to our league.”He’s not wrong.