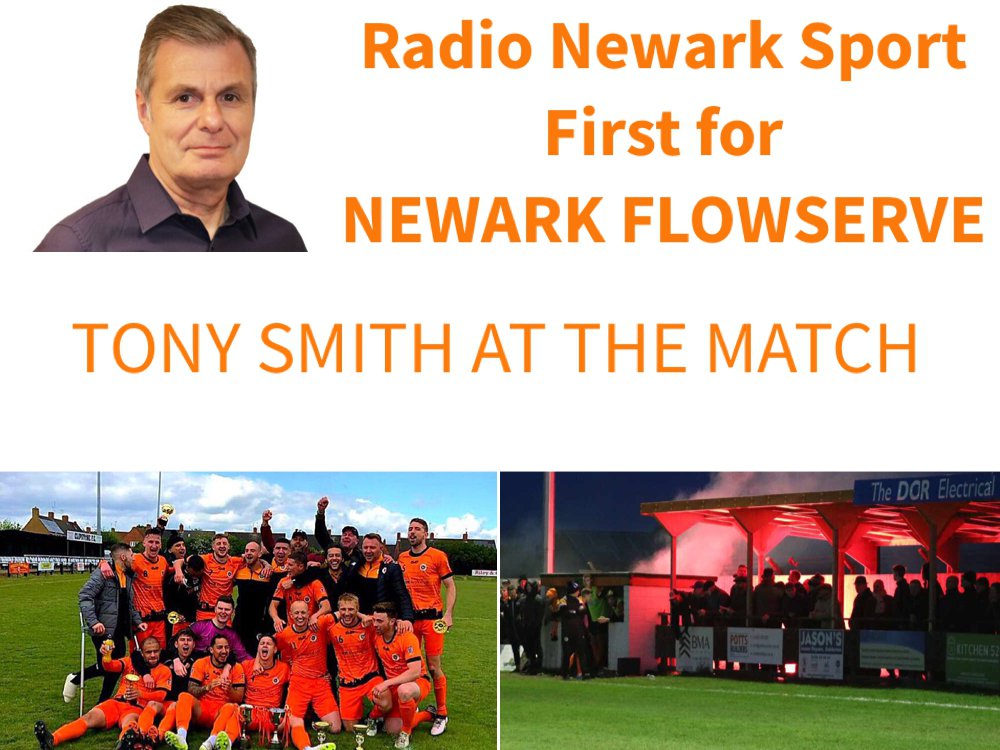 With the sun blazing down on a tricky long-grassed playing surface, the Newarkers were forced to roll up their sleeves to earn the three points and complete the tangerine dream.

Joint-manager Steve Kirkham admitted on the coach journey to Solihull that he would be happy to make the return trip with a point under his belt, but his Flowserve side showed that they could put in the hard work when necessary as well as produce the entertaining stuff that attracts spectators to Lowfields in their droves.

The hosts began the day as leaders of the fledgling league table after winning their opening two games, with Flowserve in eighth spot after a victory and a goalless draw against Worcester City and Coventry United respectively.

But The Gate’s FA Cup campaign had come to a sliding halt at the Extra Preliminary Round stage the previous week when they had gone down 3-2 at a Lichfield City side a league below them – a result that put hope in the hearts of the travelling Highwaymen.

The contest started at 100mph for a hectic first ten minutes in which both sides failed to settle, with the ball being treated like a hot potato.

Last season’s top scorer Sam Agar wasn’t in the squad after an ankle injury picked up in the inter-club friendly in midweek, and his absence presented an opportunity for former Celtic man Ben Hutchinson to make his first appearance of the campaign in the number nine shirt after he himself had picked up an injury in the pre-season friendlies.

The home side’s left-winger Connor Doyle was giving Ryan Ebanks a torrid time at right-back, and the former seemed to be Highgate’s favoured outlet.

The first real opportunity fell to Flowserve when skipper Tom Potts floated in a long free-kick which was neatly chested by Hutchinson into the path of Matt Cotton, but the ball was nicked off his toe in front of goal when he was about to pull the trigger.

And then, after 31 barren minutes, the goals – like buses – arrived in quick succession.

On 39 minutes the industrious Paulo Piliero, making his first league start for the club after arriving from last season’s champions Ilkeston Town, directed a header at goal but straight into a grateful keeper’s gloves.

At the other end Newark custodian Joe Searson tipped a home effort over the bar in spectacular fashion, but then came the turning point in the contest when Scott Richards was sin-binned for ten minutes for continuing a discussion with the referee a little too long for the match official’s liking.

Two minutes remained until the interval, and one of those had elapsed when Duracell bunny Kyle Dixon punished the ten men with a surging run, a neat one-two with the excellent Hutchinson, and a powerful right-foot shot past the diving keeper’s outstretched glove.

Searson repeated his acrobatics when he tipped a direct free-kick over the bar with the last action of the first period, and the job was half done.

The blue-clad visitors looked the brighter in the early exchanges of the second half, making the most of their one-man advantage until the 51st minute when the sin-binned Richards returned to the fray.

Twenty minutes of huff and puff followed before Danny Meadows cut in from the left and curled a right foot effort narrowly wide of the far post, and then Highgate danger man Doyle crashed a left-footed strike against the underside of the bar, but Searson was able to smother the follow-up.

Flowserve were under the cosh for the final 15 minutes, and seemed to lose their shape, with the visiting bench getting increasingly agitated.

And then, with five minutes of stoppage time played, the referee blew his whistle to the relief of the visiting players and the 13-strong travelling support that swelled the gate at The Coppice to 75.

Job done. And how!