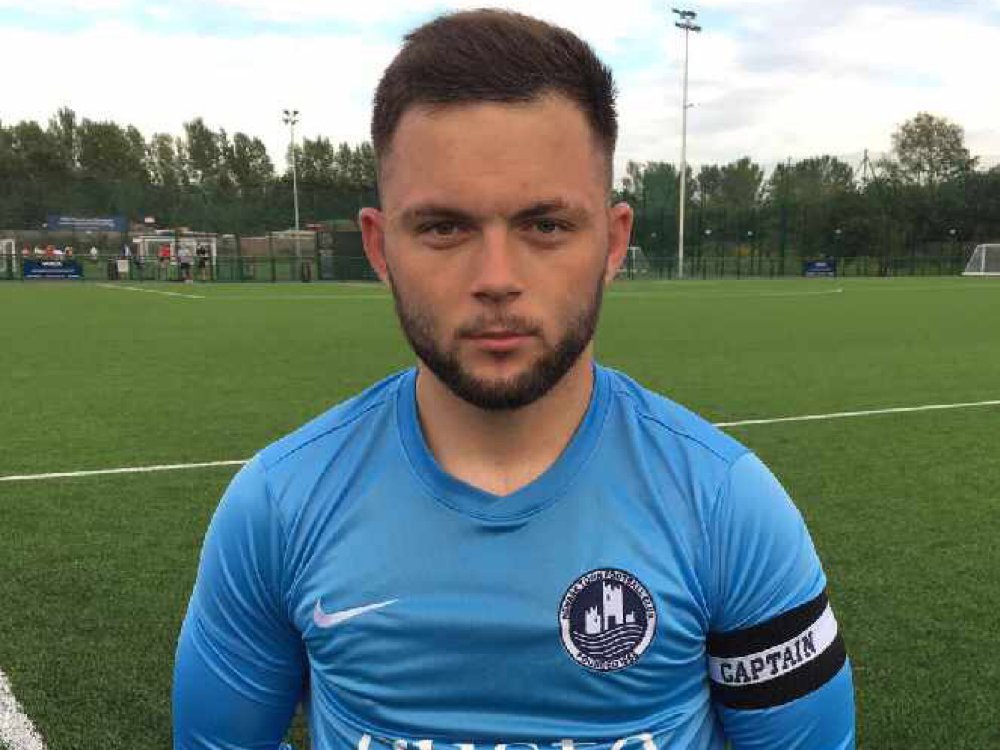 Just seven days after firing blanks against Dinnington, Town responded with adazzling display of firepower as they ran in their highest score for five years, reaching the top of the table in the process. The management were forced into several changes with Lewis King making his first appearance of the season and George Asplin, Steve Carty and Jordan Thomas returning.

The opening exchanges were even, with Dronfield hitting the post before Newark took an 11th minute lead, Asplin finding the top corner from 20 yards out. The lead lasted until the 22nd minute, Dronfield equalising as Sean Fulcher put through his own goal. Two goals in three minutes on the half hour gave Town some breathing space as first Ngoni Dongo played in Asplin for his second before Jack Durkin gave Lewis Chambers time to sidefoot the ball into the left hand corner. After Fulcher and Thomas had picked up cautions, the Blues went further ahead on the stroke of half time as Arron Martin made a run down the right before crossing for Carty to head home from close range.

The fifth goal was not long in coming as on 50 minutes Asplin was brought down in the penalty area, Thomas stepping up to convert the kick. The home side reduced the arrears through a fine individual goal from Parry, but couldn’t keep the Town forwards at bay as Asplin completed his hat trick on the hour with a superbly stuck free kick. After Thomas and Dongo had made way for Kieran job and Ed Munton, King added to Newark’s tally with a close range volley. Kitchen got a third for Dronfield but the Blues finished off the afternoonwith a flourish. On 80 minutes Asplin capped a man of the match display with a solo effort in which he took on and beat three defenders before finding the net. Five minutes later a Chambers shot was only parried by the keeper, allowing Job the chance to pop in the rebound. Newark reached double figures three minutes from time, Durkin capping a fine all round display with a close range header.

The Blues return to the YMCA Activity Village to face Phoenix, but the big test will come a week on Wednesday when much fancied Harworth Colliery come to town.