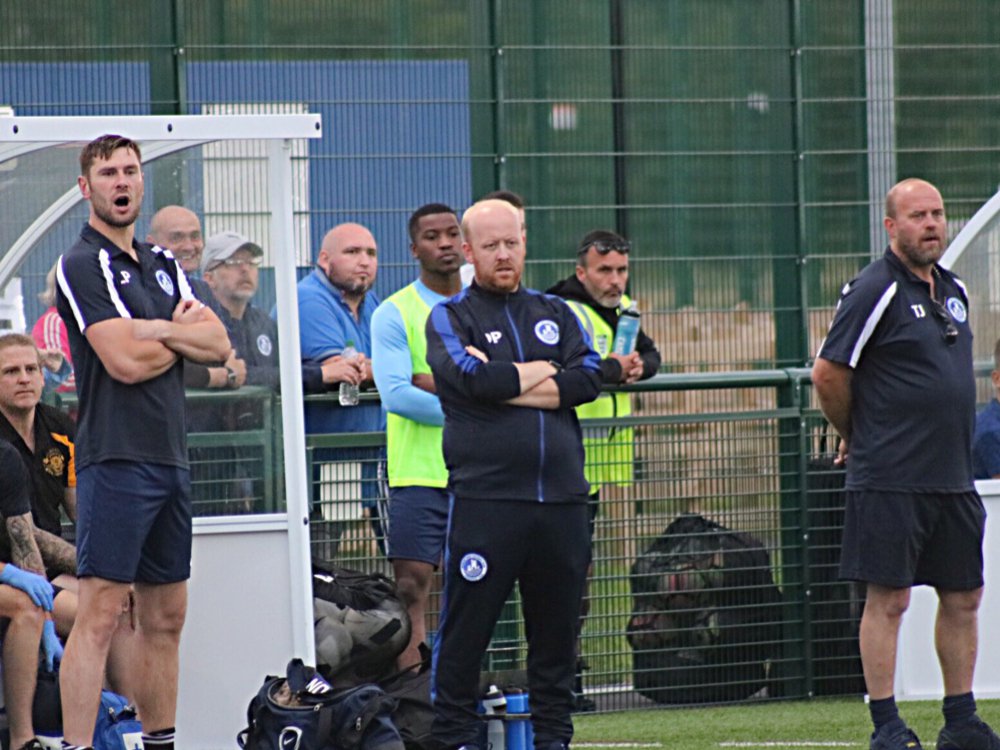 Three goals in the first quarter of an hour gave Town the ideal base to extend their unbeaten league run to ten matches as they remain at the top of the Central Midlands League North division.

Liam Warner made his debut for the Blues in midfield with Tom Mallinson also making his first appearance of the season at right back as the management again rang the changes.

Facing a Bentley side who pushed them all the way in the reverse fixture back in August, it was the visitors who threatened first, Nathan Burrows getting in a good block as Mowatt threatened. It took Newark just six minutes to take the lead, a right wing corner from George Asplin being powerfully headed home by Luke Parsons for his first goal of the season. Craig Bridge then sent a snap shot narrowly wide before Town struck again in the 11th minute as a poorly directed ball from a defender was seized on by Lewis Chambers who easily beat Bedford in the Bentley goal. As the visitors found it difficult to break out of their own half, Newark struck for the third time on 15 minutes. Asplin was again the creator, chasing down a long ball to the byeline before delivering a cross which Rhys Lewis headed out of the reach of the keeper. As the game progressed clear cut chances became fewer, Town’s best chance to add to their goal tally coming when Matty Stevens sent a ball in from the left which Warner headed over the bar. As half time approached Chambers had a chance which was pushed out by Bedford, the ball falling to Asplin whose follow up shot struck the outside of the post. 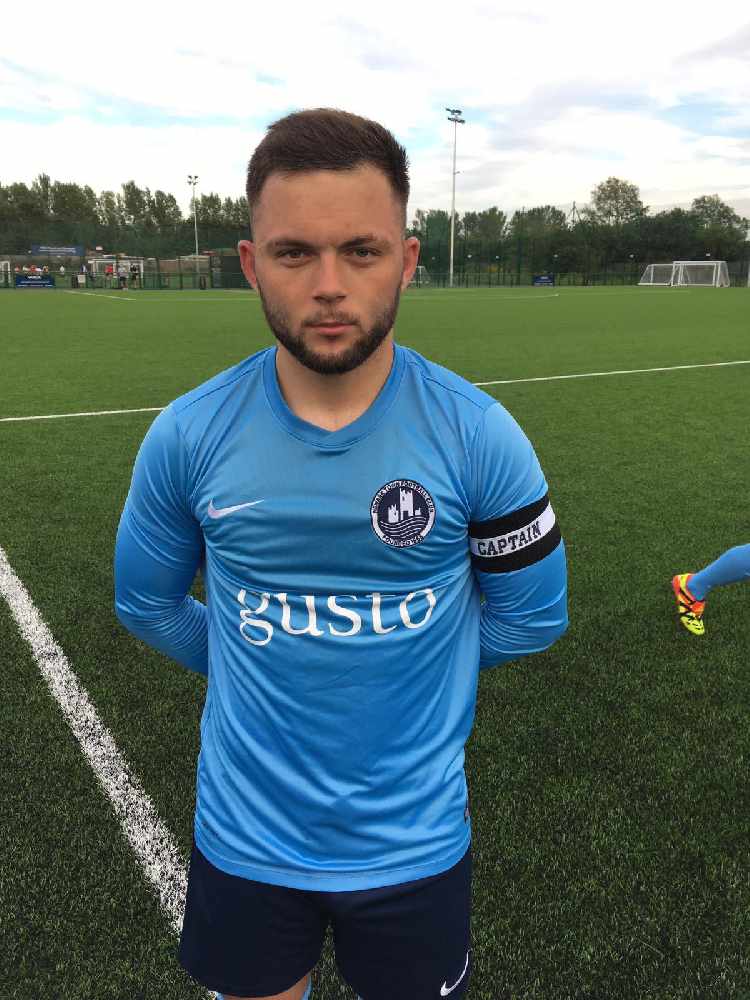 George Asplin, two goals and a yellow card in an eventful afternoon.

The second half began as the first had done, with Burrows again having to be alert, saving from Mowatt with his feet as Bentley opened on the offensive,Fairclough then sending a 25 yard effort narrowly over the bar. Lewis then sent an inch-perfect defence splitting ball to put Asplin through but his sliced shot went well wide. Chambers hen saw a shot strike the foot of a post before clearing the bar with another well struck drive. A determined run from Warner set up Newark’s fourth goal on 62 minutes as he unselfishly laid off the ball for Asplin to fire home. Bedford pulled off an outstanding flying save as sub Jawanza Grant curled the ball towards the top corner. Parsons almost claimed his second of the match as he just failed to convert a Mallinson cross and once more the hard-working Chambers saw another close range shot inches off target. What had been a peaceful afternoon suddenly flared up as an altercation between Asplin and Bentley’s Evans saw a second yellow for Evans and a first for Asplin, who composed himself sufficiently to round off the scoring in the last minute with a perfect finish from all of 30 yards out.

Newark travel to newcomers Crowle Colts next Saturday (2pm) in search of more league points. The second round draw in the Notts FA Senior Cup sees them face Retford United for the third time this season having already drawn in the league and lost on penalties in the Floodlit Cup. The match will be played on Wednesday November 20th at the YMCA Activity Village with an earlier than usual start at 7.30pm.