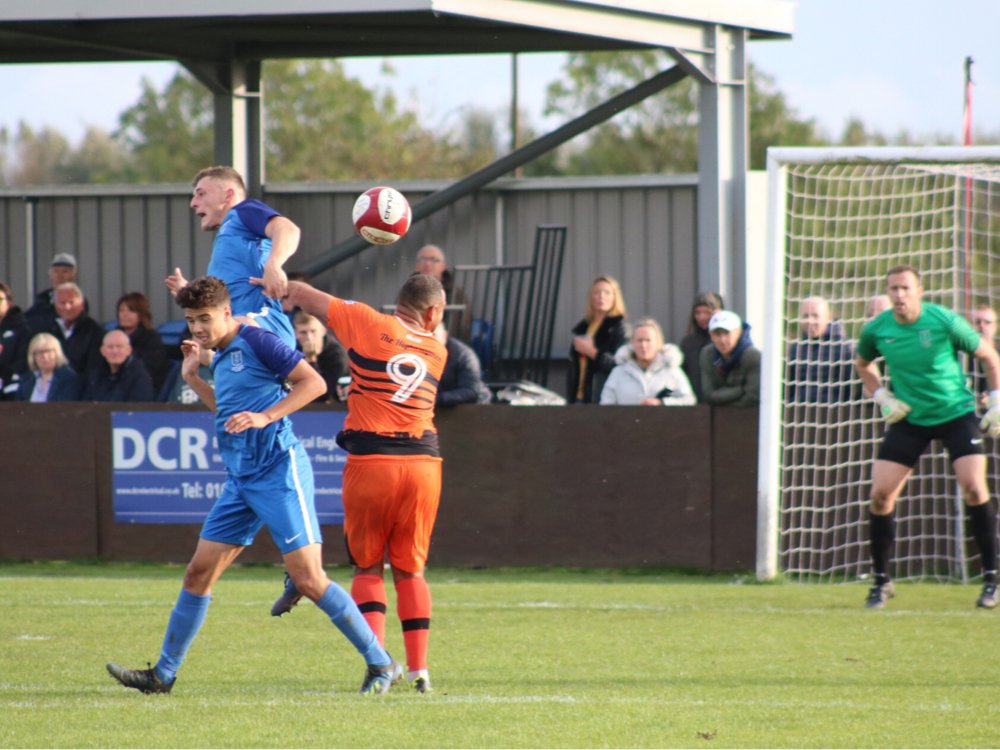 Injury time strike puts “the works” into the history books

APPARENTLY they heard the roar all over Balderton when Newark Flowserve hit the winner in the FA Vase game at Lowfields on Saturday.

It was quite apt, because Ben Hutchinson’s second goal of the game five minutes into stoppage time made history as The Highwaymen became the first football team from the town to make it into the second round proper of a national cup competition in the modern era.

Flowserve are now six rounds away from making it to the final at Wembley.

The visitors to Lowfields in the top-ranked Vase tie of the round were Heather St John’s from Leicester, the unbeaten leaders in the Midlands Football League Premier Division. They were good, but Flowserve were better on the day, and Hutchinson was the hero of the hour as The Highwaymen booked their place in the second round draw.

The men in orange looked bright from the start and appeared keen to make amends for the disappointing result the previous week at Stourport. Heather keeper Stuart Parsons made a superb double save as early as the third minute as the home side poured forward.

The Newarkers were battling hard for every ball, pressing their opponents and playing at a tempo that made for a great watch and was a testament to the hard work put in by joint-managers Steve Kirkham and Craig Roche on the training ground during the week. 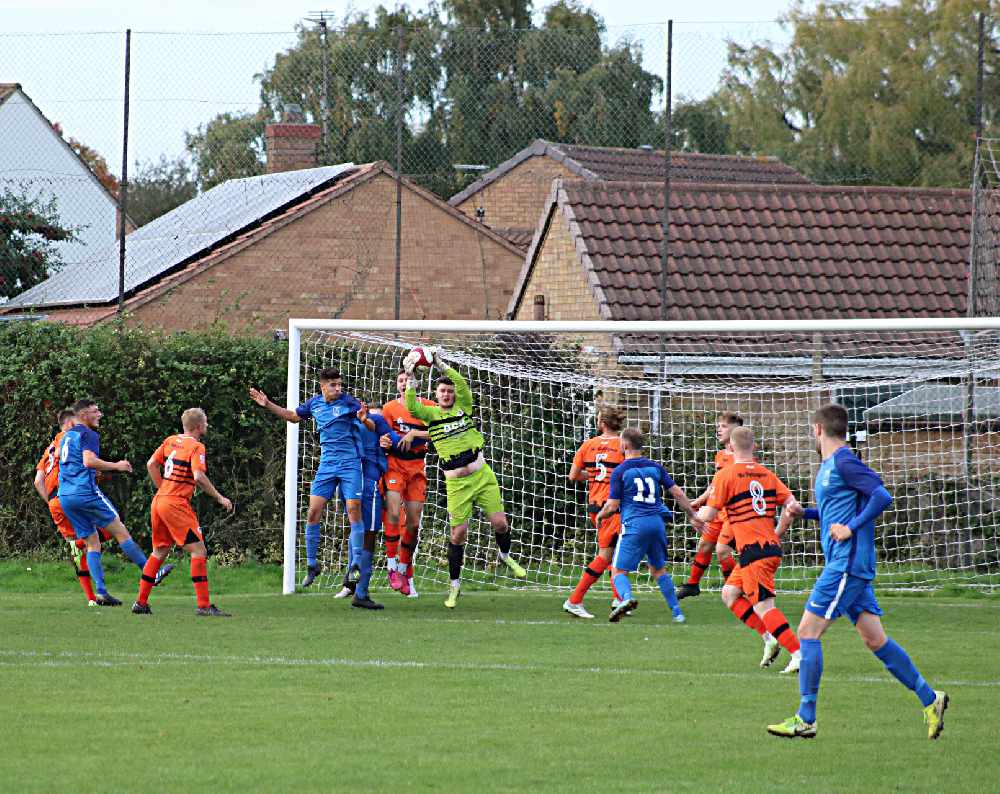 Flowserve had a much changed line-up, with the injuries and suspension taking their toll. James Craig came in at right-back and made an assured debut, as did James Turner up front, with both former Army boys looking like useful additions to the squad.

And then there was the return of Hutchinson. The guy has played for Celtic, for goodness sake, and he oozes class. Once he reaches full match fitness, he could go on to become one of the Flowserve greats.

If that comment doesn’t put the cat amongst the pigeons, what happened in the 26th minute certainly did. The Saints took the lead totally against the run of play, with their first effort on goal, when a cross from the right was touched in by leading marksman Malachi Farquharson with a right-footed effort that looped over home keeper Joe Searson and nestled into the far corner of the net.

The response was more of the same as Flowserve continued to bombard the visitors’ goal, and ten minutes before the interval they got their reward when Kyle Dixon’s umpteenth corner was headed home by that man Hutchinson.

There was little between the sides in the second period, and the tie appeared to be heading for extra-time and ultimately a replay when the turning point came.

The lively Brett Fellows was laid out cold when a full-blooded strike put out his lights, and his lengthy treatment saw six minutes of stoppage time added to the clock. Five of those minutes had elapsed when Dixon crossed from the left and Hutchinson headed the winner. Cue pandemonium. 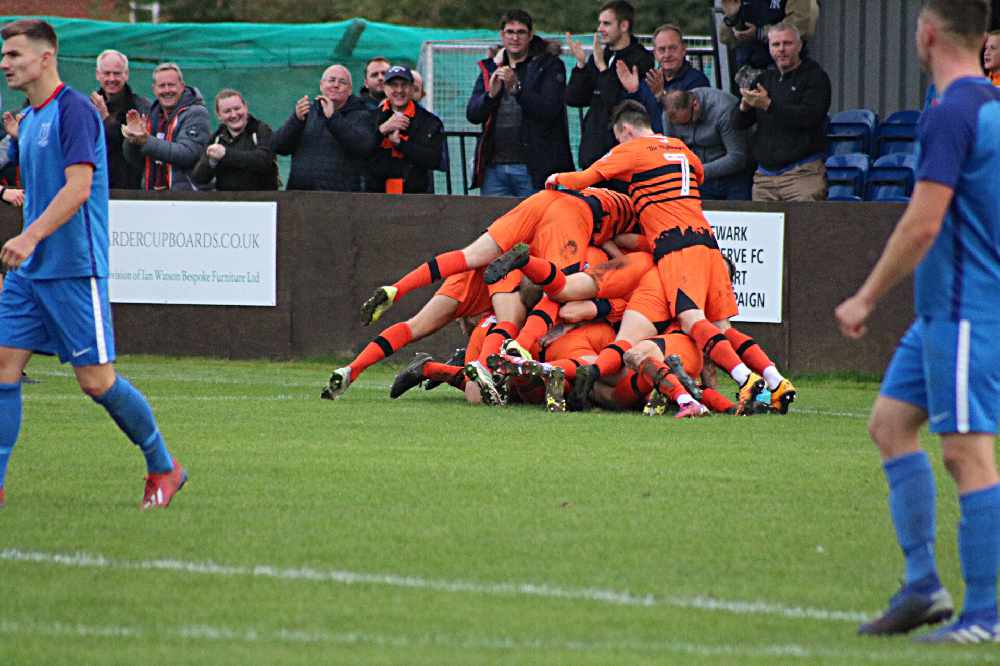