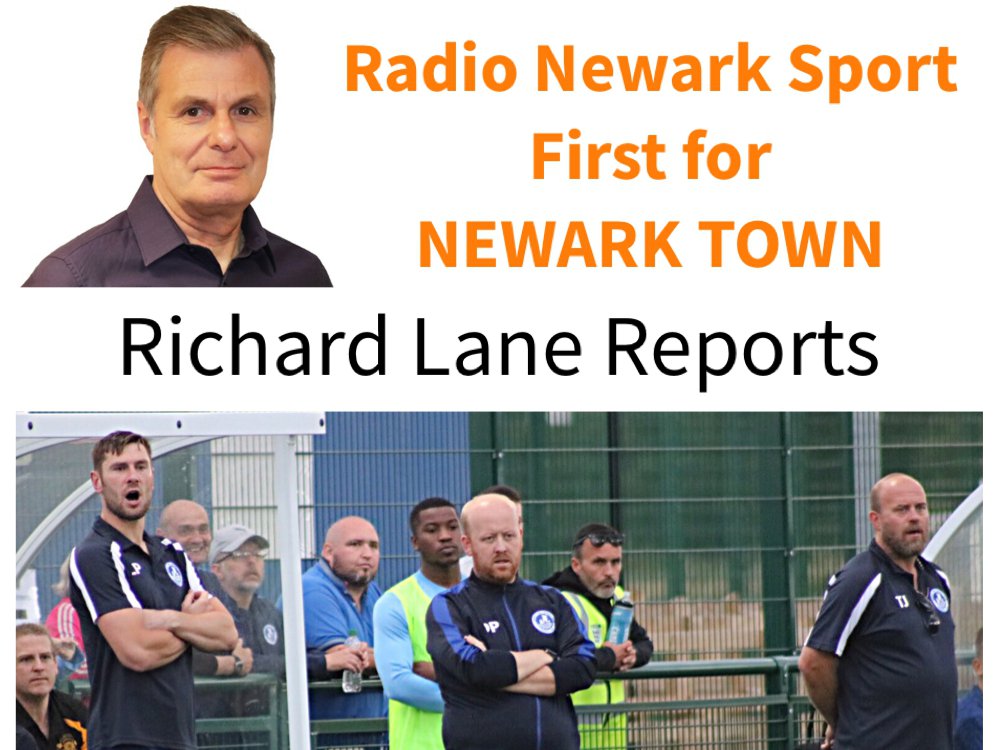 A match which saw both sides create and pass up numerous chances resulted in a highly entertaining encounter, the outcome being in the balance until the final whistle. Town made several changes from the team which won at Askern with Matty Stevens, Steve Carty and Jordan Thomas all in the starting eleven.

In front of a crowd of over 150 the Blues opened brightly and could have taken a fifth minute lead, Ngoni Dongo hitting the post with keeper Winfield beaten. Lewis Chambers then saw his shot fingertipped round the post after a defence-splitting ball from Arron Martin before seeing another drive from the edge of the area hit the underside of the bar and bounce back into play. As the young Staveley side got to grips with the game Nathan Burrows went down well to save from Snell, the loose ball being drilled wide of the far post. Staveley had a golden chance totake the lead on 26 minutes but Sanderson blazed, high over the bar from five yards out. The formidable centre back pairing of Luke Parsons and Sean Fulcher were dominant in the air, and with both sides playing attractive and creative football, all that was missing was a finishing touch. As half time approached Snell fired high over Town’s bar when well placed while Jordan Thomas caught the keeper off his line but saw his 35 yard lob go narrowly wide.

Newark brought Winfield into action again early in the second half, the Staveley keeper reacting well to palm away a deflected free kick from George Asplin before an incisive ball from Carty resulted in Chambers’ shot curling a foot wide of the target. The visitors retaliated with Burrows producing a fine save to deny Clegg, the ball being diverted for a corner, before diving bravely at the feet of same playerminutes later. Jawanza Grant and Luke Boddyreplaced Fulcher and Thomas on the hour, Grant’s first involvement seeing him loft a shot high over the bar from inside the area. Chambers brought yet another save from the impressive Winfield before setting up the chance which finally broke the deadlock in the 68th minute. A long ball in from the right was met by the leaping Grant whose header, while lacking power was deadly accurate, looping out of the reach of the goalkeeper. Yet again Chambers was close as he almost finished off a Grant corner shortly afterwards before Grant again was too high with his shot after being put through by Jack Durkin. George Asplin then found himself one on one with Winfield who once more came out on top. In the final seconds, after being reduced to ten men, Staveley missed a glorious chance to take a point, Snell looking certain to score but once more the shot was screwed just past the post to the relief of the home side.

This may well turn out to be an important win over well organised and technically proficient opposition who on this performance will cause problems for many teams this season. The Blues now turn their attention to next Saturday’s match which sees a return to Doncaster as they take on AFC Bentley.